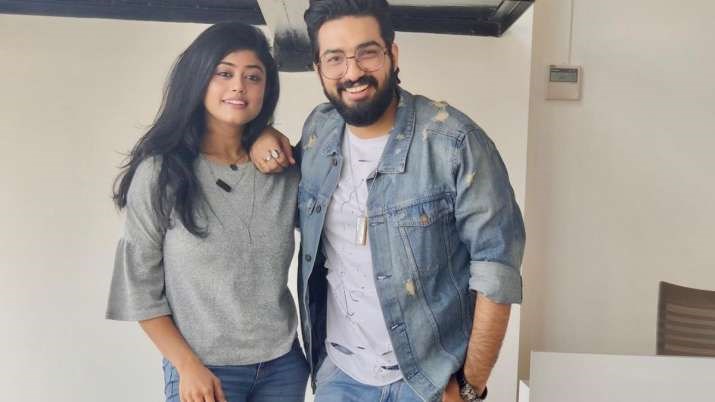 Music composer duo Sachet and Parampara, who is collaborating with filmmaker Om Raut for the second time for an epic drama film ‘Adipurush’, have said that they are very excited to compose songs for the film as it will be one of the biggest films of their musical career.

Sachet Tandon and Parampara Thakur-Tandon were interacting with News Helpline to celebrate success of their recently released song ‘Chhor Denge’ at a college event on Thursday in Mumbai.

Sachet-Parampara have earlier composed music for Om Raut historical drama film ‘Tanhaji – The Unsung Warrior’ which starred Ajay Devgn, Saif Ali Khan and Kajol in lead roles, talking about their upcoming projects, Sachet Tandon said, “We have collaborated with Guru Randhawa and Neha Kakkar for a song and it will release within one or two weeks. Apart from that, we are all set for ‘Adipurush’. It’s a very big film for us, so we are very excited for that. We have also composed music for ‘Jersey’ but it has been delayed a bit as it is releasing in November, so there are a lot of projects on which we are working at the moment.”

‘Adipurush’ is said to be the adaptation of the Indian epic that revolves around the triumph of good over evil. According to Hindu mythology, Lord Ram is also addressed as Adi Purusha. Prabhas will be seen playing the role of Lord Rama and Saif will play the role of Lankesh, the demon King Ravan, in the film. As far as the female lead is concerned, there are speculations that Kriti Sanon has been finalised. It will hit screen on August 11, 2022.

On the other hand, Shahid Kapoor and Mrunal Thakur starrer ‘Jersey’ will theatrically release on 5 November 2021 coinciding with Diwali.

Sachet and Parampara recently got married in November 2020 and their newly released song ‘Chhor Denge’ has crossed 93 million views on YouTube within two weeks of its release. The music video features Nora Fatehi and Ehan Bhat. It is sung by Parampara Tandon and lyrics are penned by Yogesh Dubey, talking about overwhelming feedback from the audience for the song, Sachet Tandon said, “We always had a motive to compose songs from our heart. I think the audience doesn’t appreciate fake things and you can’t cheat them, so when you do something honestly with dedication then it connects with them.”

Sharing his feeling performing at a college event, Sachet Tandon said, “I still remember that when I was in college, we used to listen to songs of Lucky Ali ji, so those songs are still in our mind and heart. I think when you are in college and when you listen to songs which are released at that point of time; it stays with you for the remaining part of your life.”

He added, “We miss coming and performing at college festivals and shows. I feel there is nothing better than that. If you want to know if your songs have reached the audience then college shows are the apt place to gauge that. While singing the songs, if they have joined you then it’s like an acknowledgment for your work.”