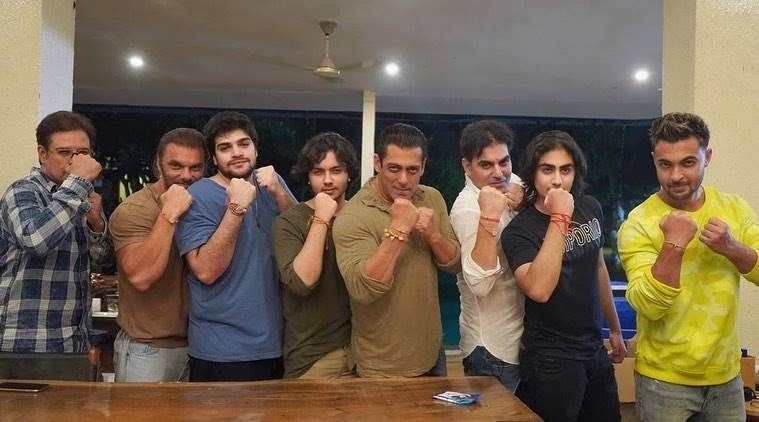 There is no other love like the love of brother and sister. The celebration of Rakhi brings in more love and blessings in their relationship. Actor Salman Khan discovered a new way to celebrate Raksha Bandhan.

The ‘Prem Ratan Dhan Payo’ actor along with his brother and other relatives posed in a Dabangg style to flaunt his rakhi.  Salman took to his Instagram handle and shared the picture.

In the picture along with Salman, one can see the actor and brother-in-law Aayush Sharma, nephew Nirvaan, brothers Arbaaz and Sohail Khan, and another brother-in-law Atul Agnihotri. They all stand by a table and take a classic boxing pose. However, in doing so, they also show the wrist of their right hand, showing off their respective rakhis.

Salman Khan Keeps sharing videos and pictures on his social media handles. Earlier the actor shared pictures and videos of his farming. In one he was seeing ploughing the field with a tractor, while in another he was seen planting rice saplings in ankle-deep water.

Meanwhile, on the work front, next Salman Khan will be seen in Prabhudeva’s Radhe: Your Most Wanted Bhai. The film also stars Disha Patani and Randeep Hooda. It was supposed to release in April but the release date was pushed due to coronavirus pandemic.