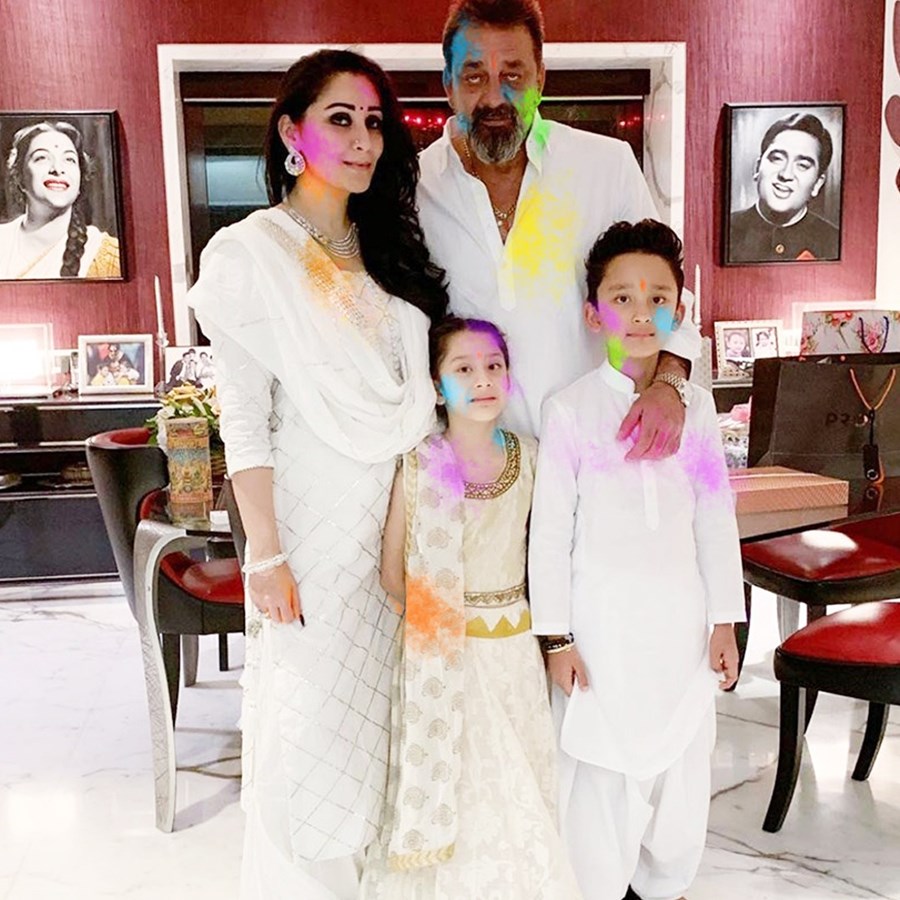 Bollywood star Sanjay Dutt sent warm Holi wishes to her fans and urged them to stay home and play safely.

The ‘Sadak 2’ actor hopped on to his social media profile and shared a family picture with wife and kids, and sent out greetings on the festival of Holi.

The caption read, “Keep the celebrations at home this year for the safety of your loved ones. Wishing you all a very Happy Holi!”

Holi is being celebrated across nation; however, public celebrations in most states across the country have been prohibited amid the recent surge in COVID-19 cases.

Meanwhile on the work front, Sanjay Dutt had two big releases in 2020 – Sadak 2 and Torbaaz, next the hunk will be seen in series of releases, such as Shamshera, K.G.F: Chapter 2, Prithviraj and Bhuj: The Pride of India.

K.G.F: Chapter 2 is most anticipated release of Sanjay Dutt, it is the second instalment of the two-part series, K.G.F. The film also stars Yash, Srinidhi Shetty, Raveena Tandon and Prakash Raj.

Shamshera is a period drama film set in 1800s and about a dacoit tribe who took charge in fight for their rights and independence against the British. Produced by Yash Raj Films and directed by Karan Malhotra, the film stars Ranbir Kapoor in a double role, with Vaani Kapoor as a dancer.