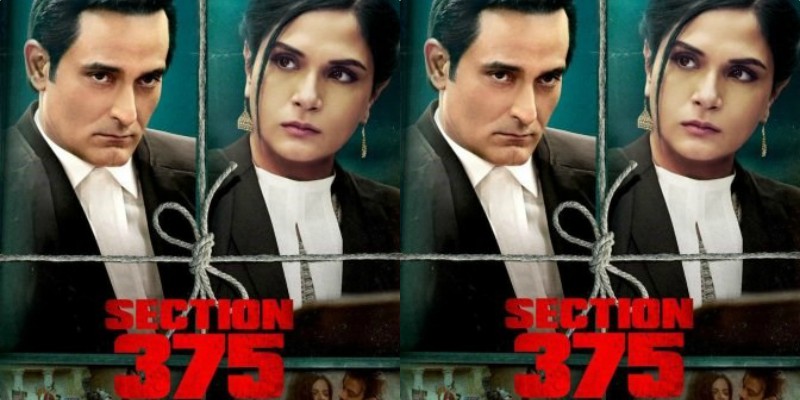 Finally the intense and gritty trailer of “Section 375” is out, starring Richa Chadha and Akshaye Khanna in the lead roles, the film explores the subject of rape in India and the legal and social tussle it follows!

Inspired by real-life cases, the film focuses on Section 375 of the Indian Penal Code which deals with rape. The trailer, showcases two old colleagues, Richa and Akshaye, are battling out a rape case in court. Rahul Bhatt plays a filmmaker, who is accused of rape and Meera Chopra, the victim, who wants justice.

The trailer comes with heavy visuals and even more eerie scenes and questioning during medical examination and court room! Helmed by Ajay Bahl, the film has realistic approach and does not mince any word. The brutal truth of accused and accuser unfolds as it should be!

The film is being bankrolled by Bhushan Kumar, Kishan Kumar, Kumar Mangat Pathak, and Abhishek Pathak.

The film is scheduled to release on September 13.