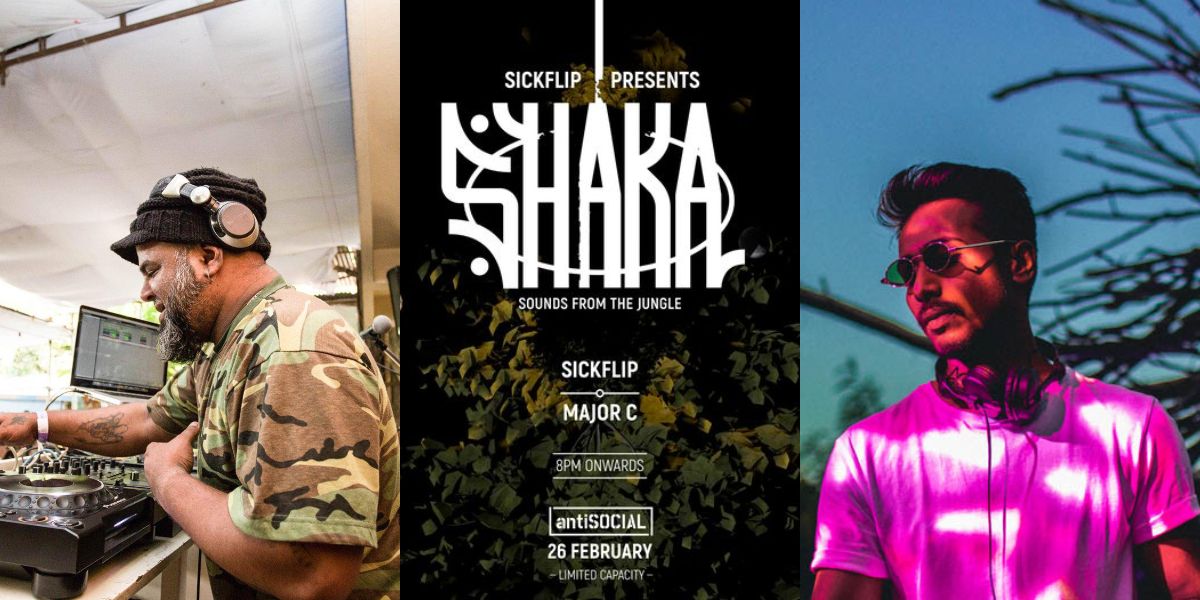 Let’s take you on a journey through the sounds from the jungle! On Friday SICKFLIP debuts his new property ‘SHAKA’ on his favorite home turf – #antiSOCIAL Mumbai. Accompanied by Major C to take the beats to a next level, in association with Pumori Small Batch Gin!

Don’t miss out on this night full of unstoppable music at the limited capacity venue of antiSOCIAL, Mumbai

As a new age electronica artist, SickFlip’s driving force comes from an amalgamation of travel, music, and collaboration. Known for his love for organic world instrumentation incorporated into fresh, electronic rhythms, SickFlip’s shows are all about dance, energy, good vibes, and memorable experiences. In a short span of time since his emergence on the scene, he has belted out worldwide digital releases on record labels like High Chai Records (US), Rub A Duck recordings (Netherlands), Plain Dope Records (UK), and Sony Music (India).

In a music industry filled with the wild beast and wannab’s there’s your one n’ only “Major C” – the man behind the beret and gnome-like beard. ‘Major C’ is a newly baptized beat; one everyone’s about to hear. MAJOR C has been around spinning the hottest tunes on the coolest decks before kids began exchanging music on cassettes. One of Mumbai’s premier DJs and the main man behind acclaimed Hip-Hop act “Bombay Bassment”, MAJOR C has been conceived by the system way before anyone even knew the ‘scene’

4 Most Harmful Impacts of Alcohol On Your Active Physical Life