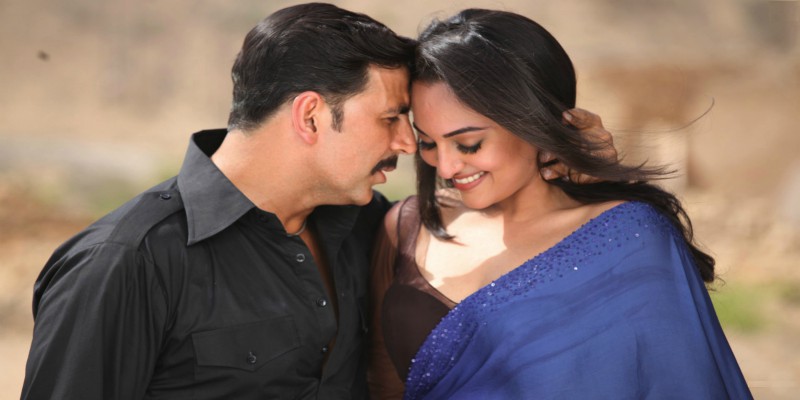 Sonakshi Sinha is currently busy gearing up for the release of her next film, Mission Mangal. The entire cast can be seen promoting the film for the past week, they are often seen playing pranks on each other which are share online.

Recently Sonakshi and Akshay Kumar have worked together and seem to have quite the bond, they were early seen pranking other members together, however this time she became his target.

The video shared by her on social shows Akshay applying make-up on her face when he jams the blender in her nose.  The 10-second video shows the actor getting her makeup done by Akshay Kumar.

She can be heard saying “Can you see the concentration on his face? I don’t think people will recognize me anymore,’ when Akshay takes her by surprise and sticks the brush up her nose.

Sonakshi squeals and quickly smacks him.

They were spotted in Delhi for the film’s promotion with Kirti Kulhari and Nithya Menen. Mission Mangal releasing on 15th August will tell the true story of India’s Mars Orbiter, Mangalyaan 2, and the team of female scientists behind it.

The film is set to share screens with John Abraham’s upcoming thriller, Batla House on the festival weekend