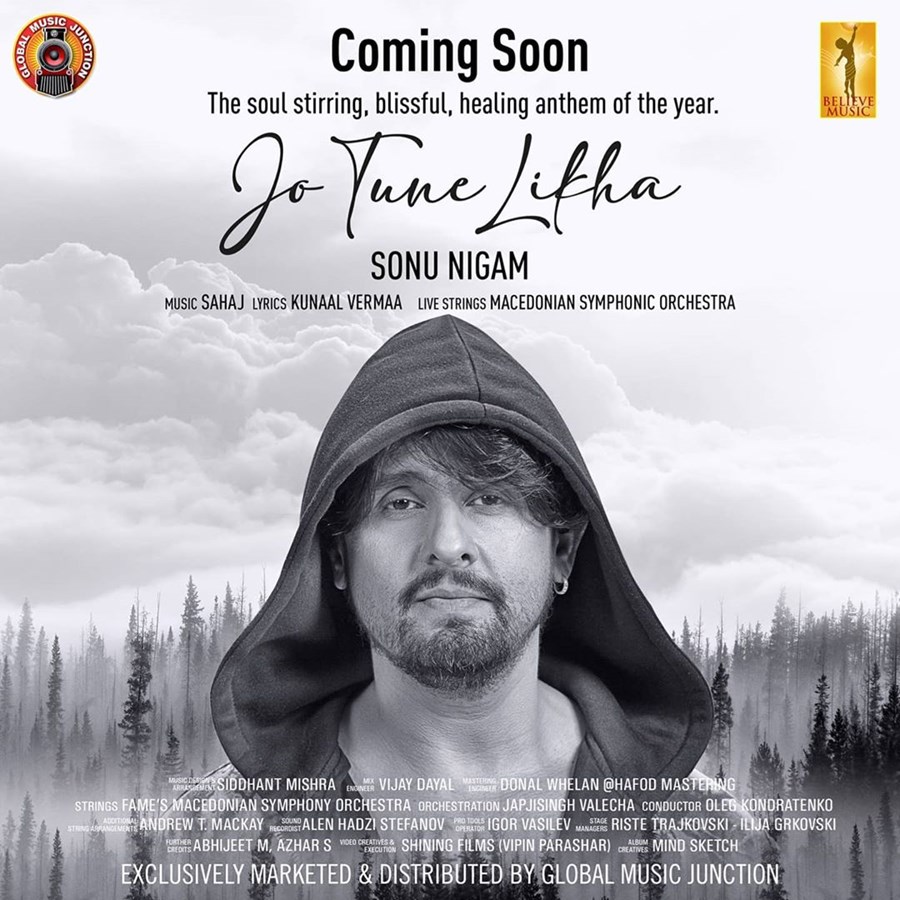 After stirring a controversial fight with T-series on social media, singer Sonu Nigam just dropped the confirmation on his next track, Jo Tune Likha.

Singer Sonu Nigam has been active throughout the pandemic and its many Unlock Phases. And now, the singer is all set to release his new single, ‘Jo Tune Likha’ soon.

Sonu, who is visiting Mumbai after spending a large part of the year in Dubai, took to his social media and dropped the poster of the song along with the confirmation. He captioned it, “Our new single Jo Tune Likha – The Healing Anthem of the year…coming soon only on @labelibelievemusic…Jo Tune Likha, penned by @kunaalvermaa and composed by @sahajmiya , had it’s score recorded at the Macedonian Symphony Orchestra which has further enhanced this soulful and soothing track. Exclusively Marketed & Distributed By Global Music Junction @global.music.junction #jotunelikha #ibelievemusic #healing #anthem”

The song celebrates life and its myriad forms, it celebrates being alive, reinforces the importance of having faith in the Almighty and surrendering to his powers.

5 Powerful Tips To Reduce Your Hair Damage With Immediate Effect

‘Jo Tune Likha’, penned by Kunaal Vermaa and composed by Sahaj, had its score recorded at the Macedonian Symphony Orchestra which has further enhanced this soulful and soothing track by Sonu.