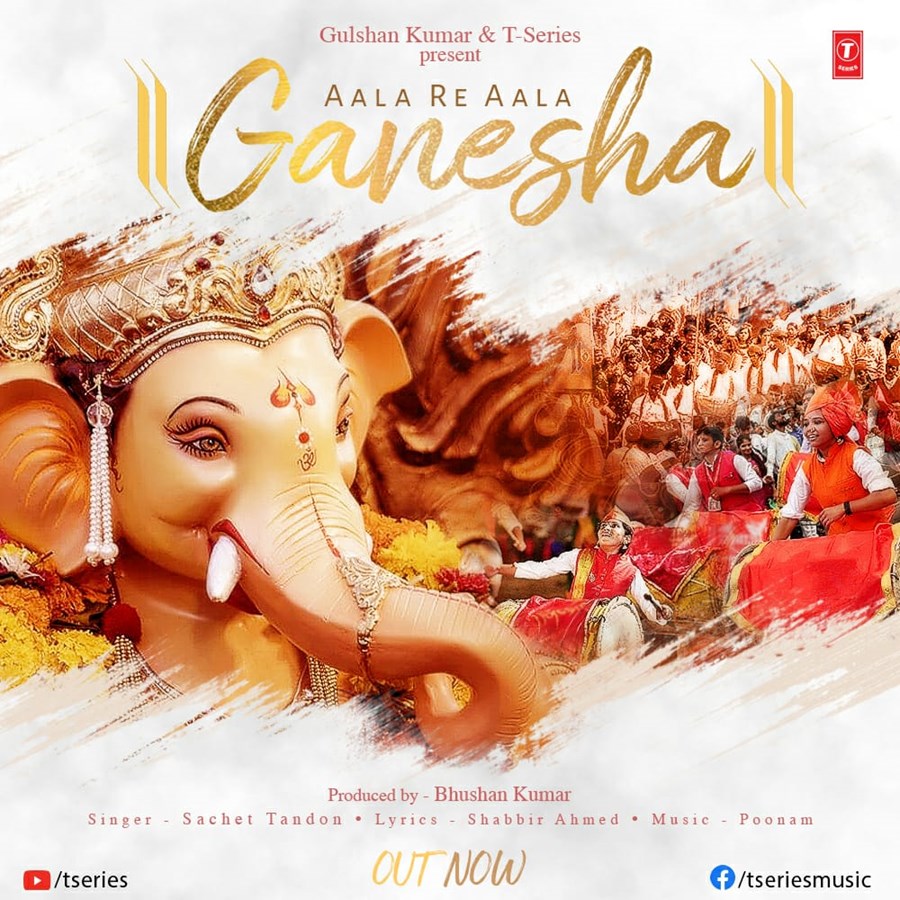 During these challenging times, the nation prays for blessings and abundance to Lord Ganesha and Bhushan Kumar’s T-Series hopes to lift their spirits with their devotional single, ‘Aala Re Aala Ganesha’. With Ganesh Chaturthi around the corner, Bhushan Kumar released this new devotional Ganpati anthem composed by Poonam, with vocals by Sachet Tandon and lyrics by Shabbir Ahmed.

The high energy, the devotional song is symbolic of the spirit of Ganesh Chaturthi and carries visuals of the exhilarating and electrifying celebrations of the festival.

Talking about the song, popular singer Sachet Tandon says, “Lending my voice to devotional songs is always a spiritually uplifting experience. ‘Aala Re Aala Ganesha’ is a high tempo; high energy song of celebration and hope. It’s definitely a track audience should listen to, this Ganesh Chaturthi.”

T-Series head honcho Bhushan Kumar says, “Ganesh Chaturthi is a special occasion for families across the country. We hope to heighten the spirit of this festival with ‘Aala Re Aala Ganesha’, which signifies the essence of this festival and the celebrations surrounding it.”

5 Most Effective Tips To Keep Your Nails Strong And Beautiful