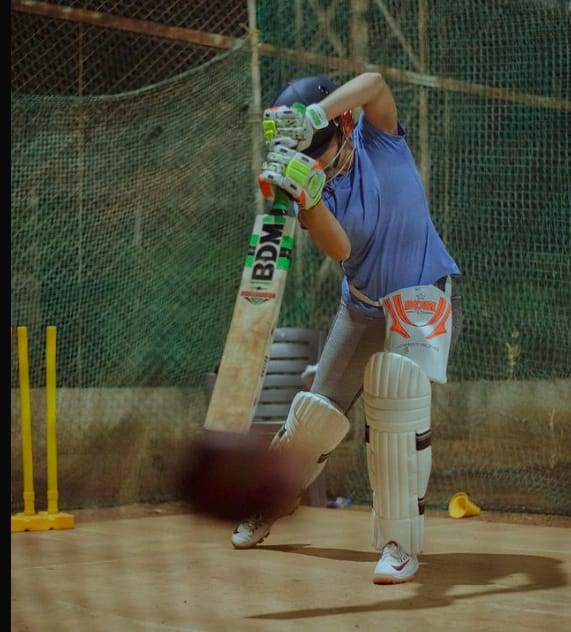 Taapsee Pannu has recently won Filmfare Award for Best Actress for her film Thappad and this was her second filmfare win in a row. The actress is giving back to back fabulous performances and is unbeatable now!

She is currently shooting for the film ‘Shabaash Mithu’ in which she will be seen essaying the role of former Indian Women’s Cricket Team captain Mithali Raj. The actress is training real hard for the role and has been sharing work in progress stills for her fans.

Sharing a WIP picture from her training, she wrote,”Catch It! #WIP #ShabaashMithu”

Shabaash Mithu is directed by Rahul Dholakia and written by Priya Aven. It is a biopic based on the life of Mithali Raj.

On the work front, Taapsee has a big list of films to be released. She will next be seen in Vinil Mathew’s ‘Haseen Dillruba’ which is a mystery thriller film.The film has been produced by Anand L Rai and Himanshu Sharma and stars Vikrant Massey and Harshvardhan Rane alongside her.

She recently completed the shoot for Rashmi Rocket which is a sports drama directed by Akash Khurana and Loop Lapeta which is an Indian adaptation of Tom Tykwer’s 1998 German hit ‘Run Lola Run’.

She will also be seen in Anurag Kashyap’s ‘Dobaaraa’  and an untitled Tamil film  which is being directed by Deepak Sundarrajan.