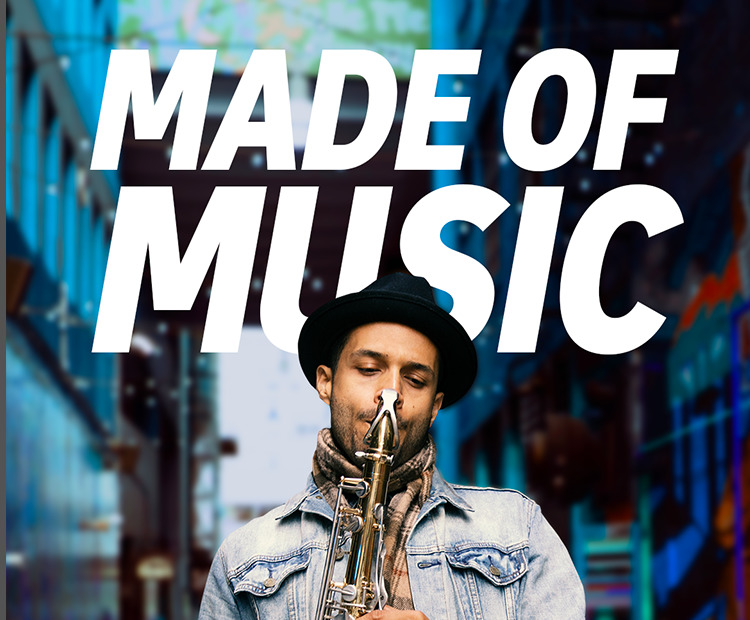 While concerts may be on hold due to the pandemic, you can still tend to your inner music enthusiast with GoUSA TV’s premium content. GoUSA TV is the premier travel entertainment channel which is available for streaming with no subscription, fees, or logins required. Tune into the following programs to brush up on your knowledge of the best musical cities in the U.S. and experience genres such as jazz, hip-hop, rock and roll, country, and more. Your next musical adventure is just a click away!

America’s Musical Journey follows singer/songwriter Aloe Blacc as he traces the roots of American music and explores great musical cities—places like New Orleans, Nashville, New York City, and more—where such electrifying art forms such as jazz, soul, and rock and roll were born.

Explore the collision of cultures that gave birth to America’s diverse musical heritage. This series is an extension of “America’s Musical Journey” and delves deeper into iconic music cities such as Memphis, Tennessee; New Orleans, Louisiana; Miami, Florida; and Chicago, Illinois.

For the Love of Music: The Story of Nashville

For over 130 years, Nashville has been at the forefront of the music scene. From the Fisk Jubilee Singers in the 1870s to Hank Williams, Patsy Cline, and Johnny Cash; it has evolved into a premier musical city. The Music City’s evolution continues today with The Black Keys, Kings of Leon, and others. This documentary tells Nashville’s story through the eyes of the musicians, songwriters, producers, and artists who live there.

Join ten local musicians as they explore the musical heritage of their hometowns and capture the sounds that define their cities including West Hollywood, California; Miami, Florida; Austin, Texas; among others.

Spirit Song is a short film inspired by the album “Voices of the Guardians” by Native American singer-songwriter Gareth Laffely and Emmy Award-winning composer/producer Lance Bendiksen. The film looks at how the landmark album came together and celebrates Native American music in its many forms.

Learn how Native American tradition and music influence local culture as the film explores the tales behind the singing river in the Alabama town of Muscle Shoals, the thunder hole in Acadia, Maine, the Totem Bight State Park in Ketchikan, Alaska, and more.

Explore Las Vegas, Chicago, New Orleans, and other iconic U.S. destinations with local musicians as they take you on a tour of their respective cities, showcasing sources of inspiration for creating music with a unique sound and historical notes.