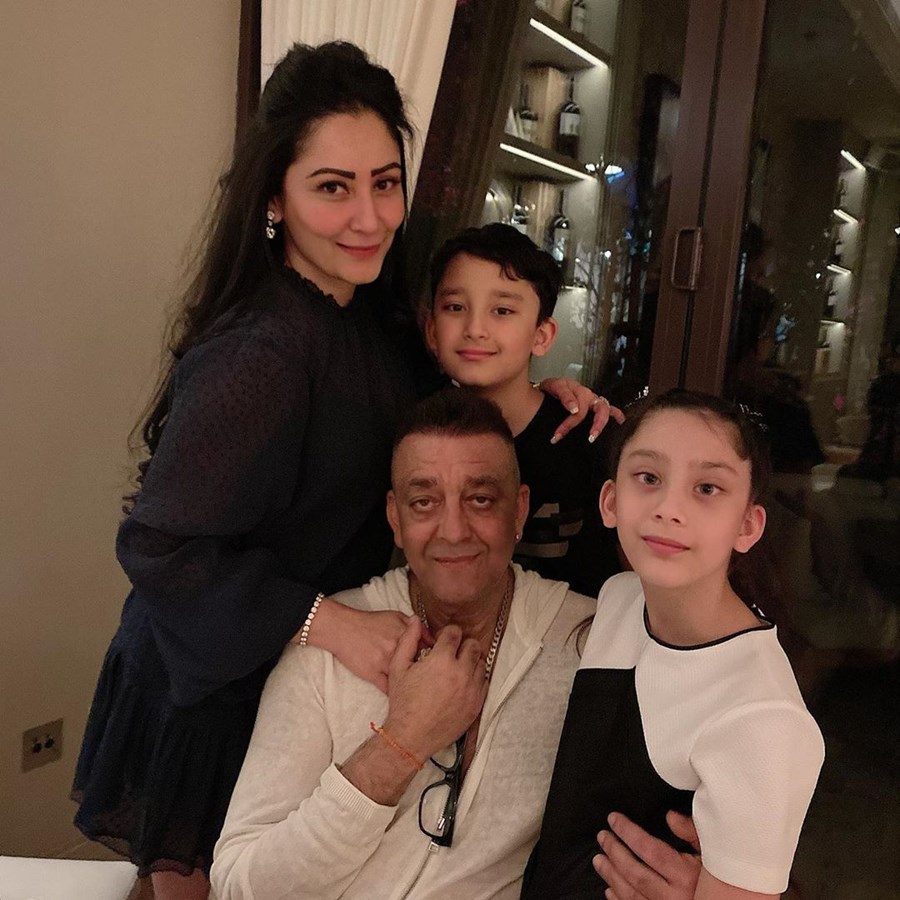 Actor Sanjay Dutt and his wife Maanayata are reunited with their kids Shahraan and Iqra in Emirate. The Sadak 2 actor’s wife just took to her social media profile and shared a beautiful family picture.

Maanayata and the kids were in Dubai during lockdown but she flew down to Mumbai alone a while back after Sanjay’s illness. The couple recently returned to Dubai to be with their children. Sanjay reunited with his children after months.

Maanayata took to her social media and shared the picture. She wrote, “Today…I want to thank God for the gift of family. No complaints…No requests… just to be together, forever. Amen #blessedbeyondmeasure #love #grace #positivity #dutts #beautifullife #thankyougod”

On August 11, Sanjay, who was hospitalised a few days before that owing to breathing problem and chest discomfort, shared that he was taking a break for medical treatment.

Bhumi Pednekar Is Feeling Guilt-Free, As She Goes Veggie

Meanwhile on the work front, Sanjay Dutt was last seen in Sadak 2, currently he is busy with historical film Bhuj: The Pride of India, which will feature an ensemble cast consisting of Ajay Devgn, Sonakshi Sinha and Parineeti Chopra.

Dutt is also working as the main antagonist on K.G.F: Chapter 2, the sequel to the blockbuster Kannada film, K.G.F: Chapter 1, marking his debut in Kannada cinema.