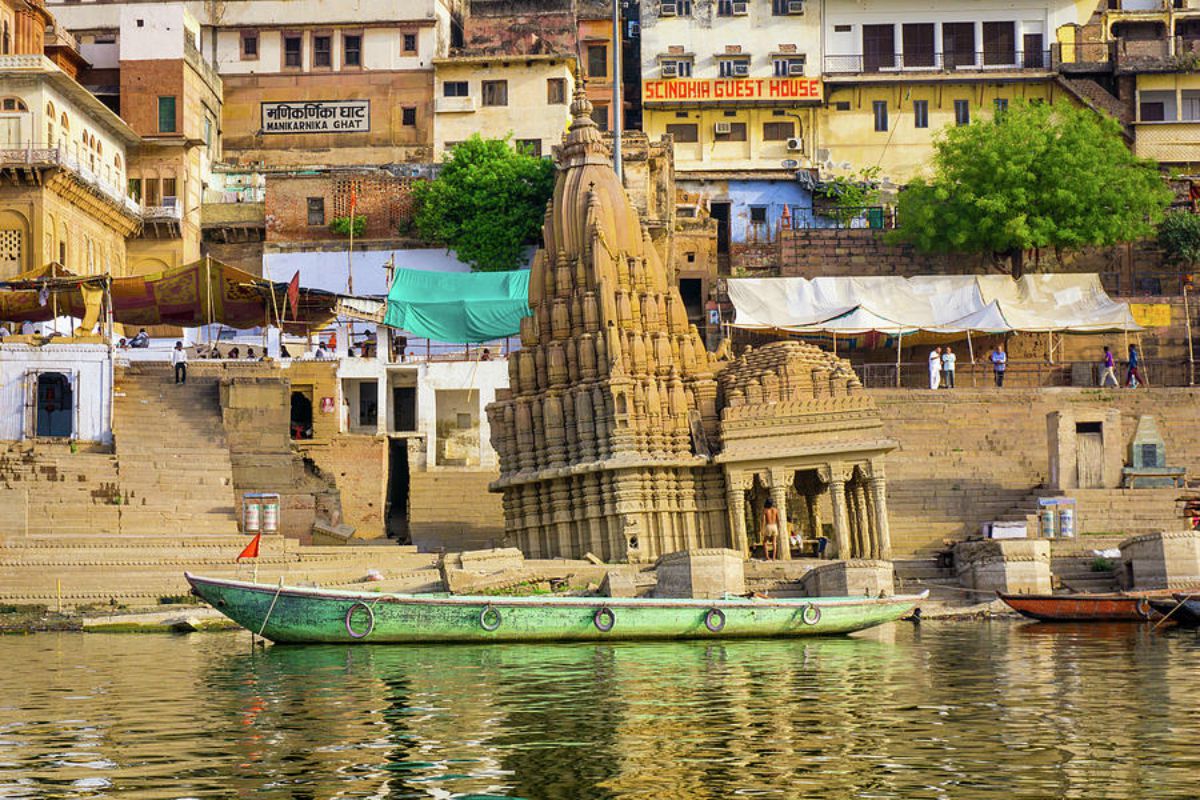 Submerged in the water, the temple takes you to an unimaginable land.

India is a land of temples which is inhabited with aesthetic ambiance. Almost every temple in India would be standing high with the gopuram to touch the sky with its beauty. Every temple has a story to narrate to its visitors and it also has a unique architectural touch to manifest its beauty. The temples have unique deities to worship and portray the history of the temple. However, some temples are about 2000 years old and they are distinctive in their devotional structure. Meanwhile, India is also a house for many different temples which has the weird practice of worshipping. Here is one fine example of an eye-catchy temple architecture known as Shiva Temple in Varanasi. Several temples in India are dedicated to Lord Shiva. However, there is one unique Shiva temple which has been partially immersed under the water. Located close to Scindia Ghat in Varanasi, the temple is now in an inclined position that might remember you of the wonderful architectural design of Pisa. This in turn directly clasps the attention of the visitors by its leaning posture which is partially submerged. The temple has engulfed into the water because of the construction of Ghat which was back in 1830.

Doused in the holy water of Ganga, this eccentric temple is leaned naturally at the fringe of the river. The background history flows as that the temple could not withstand its own weight, collapsed and inclined as well as partly immersed in the Ganga. Since Varanasi itself known to be the ‘Holy City’ with its awe-inspiring ancient buildings, this submerged temple is also added to the city’s beauty. It is sad that the temple is now abandoned but it never fails to attract the eyes of the visitors. The city has been filled with the ancient ambience as well as it evidently shows the traditional and is palpable with the rich cultural essence.

5 Most Interesting Couple Video Games To Play During The Lockdown

As the temple is believed to be built back in the mid 19th century, the temple is also famously known as Ratneshwar Mahadev Temple. It has a popular legend, where a man built the temple to honor his mother and bragged that he had paid his debt to his mother. But his mother cursed the temple by stating that the debt to the mother could never be paid off.  According to the reports, earlier in the 19th century the priest used to dive into the water to offer prayers as the entrance of the temple was immersed in the water.

The temple is now a major attraction to the visitors of the holy city, Varanasi. The leaning posture of the temple invites the visitors to admire the construction and the submerged condition.