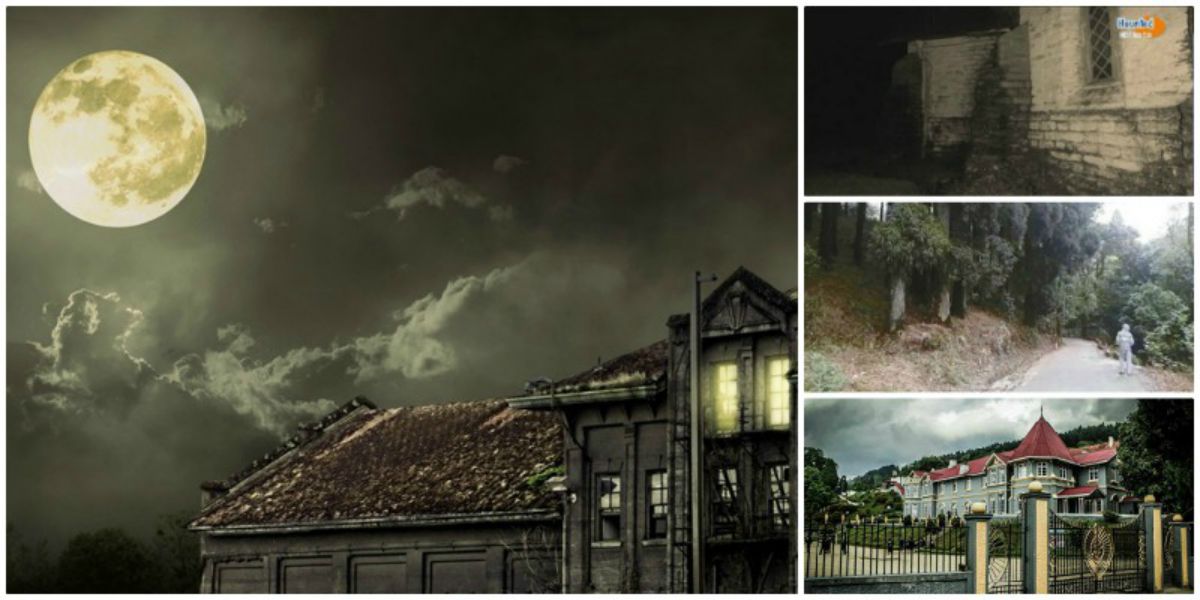 Have you ever had an experience of probing into the place which is considered to be haunted? And Yeah, one such place is right here in India- Kurseong located in Darjeeling. Kurseong is also known as ‘Land of White Orchids’ which is famous for its waterfalls, temples and Buddhist gompas. The place itself gives wonderment to your soul with its greenery. It is also inhabited with Tea Garden, Eagle’s Craig, Deer Park, Forest Museum and Churches. You will be awestruck by the views of the buildings and their architectural styles. You can witness the British remnants in the form of churches and schools in the town. It is worth to stop at Kurseong to have a wonderful sight of the serene packed place.

Most of us would have experienced or heard horror stories when we were young. Yet it makes us have a little raced heartbeat at that very moment. Perhaps India itself, packed with many mythologies and it is believed by millions of people right here. So, this is one such place which is popular for its haunted stories and is also known as the Mother of all the haunted places in India-Dow Hill of Kurseong. This is where the paranormal happenings and stories take place. A small hill station is known for its beautiful vistas, orchid gardens, forested hills, tea plantations as well as known for its death road. This place is stuffed with the headless ghost, haunted school, and endless real ghost stories.

Dow Hill of Kurseong is one of the puzzling places of India which is engulfed with beautiful sides and darker side. It is totally weird for the visitors to believe these myths like the ghost of a headless boy roaming in the woods and other stories of unnatural deaths. Native people themselves believe the number of stories that may be a breathtaking experience for us. The shops at the place will be closed between 7 and 8.30 pm and native people will remain inside the houses. It is said that if someone has been roaming after the above mentioned time, it is considered to be phantom more than a human. One can experience the serene beauty of Dow Hill as well as pay heed to their real ghost stories of the place. The place is damn calm and mist will be covered all its ways and it is said that no one will be going into the woods alone. But the woods are too dark and greeny to look at. The extreme tranquility of the wood will make you feel relax as well as made to feel frightened.

As the place is too cool during the winter times and so the schools will be declared winter holidays from December to March. The forest school named Victoria Boys High school is located amidst the wood of Dow Hill. When the school is on winter holidays, locals have encountered many weird whisperings and the sounds of footsteps from the school.

The World’s Most Mysterious Village of TWINS In India. Read It To Believe It!

So, the place itself paced with both bright and dark sides. Acquaint well with yourself of the spine-chilling side of Kurseong and navigate clear if you want to go for probing the woods after darkness has fallen in one of the most puzzling places of India.

Have a bloodcurdling as well as awe-struck experience right here!