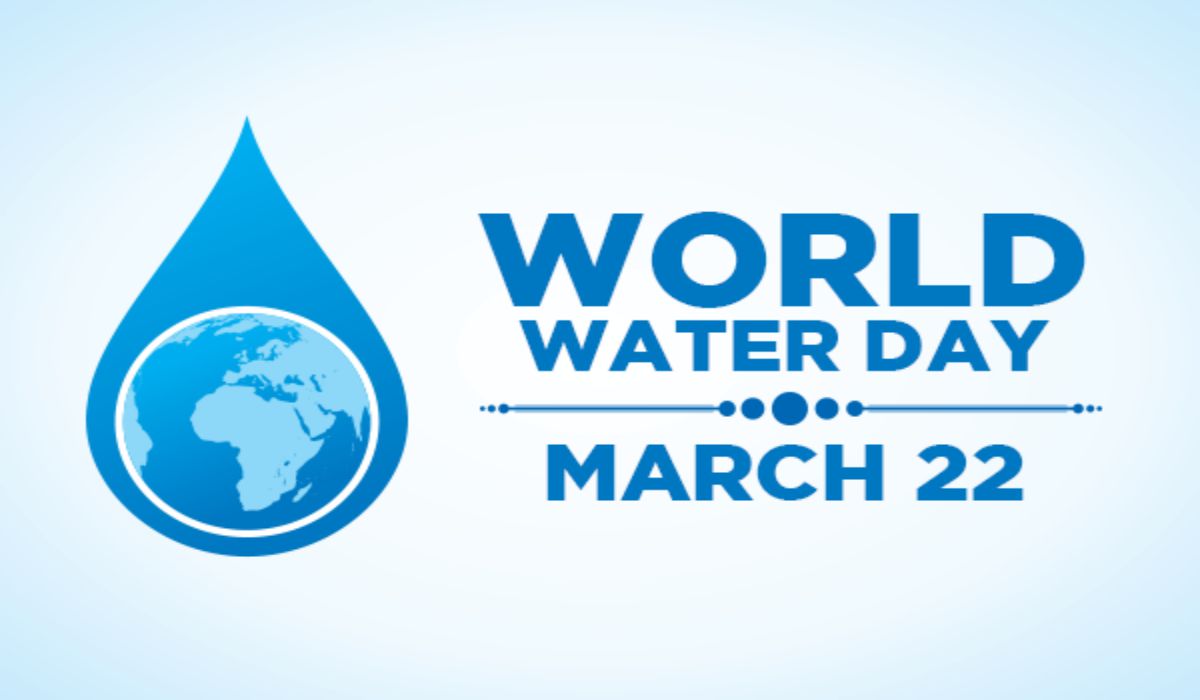 ORIGIN OF WORLD WATER DAY:  Water is the foremost thing for living beings to live on this earth. Every drop of water is not just the liquid but it is the life of earth itself as the single drop of water has the power to sprinkle the life of the worldly beings. Almost every one of us knows that without water you could never survive on earth. What happens when there is no drop of water on earth? There would be no life on the bluish-green planet. This is because 60% of the human adult body is made up of water. However, the climatic changes and the negative impacts of the environment and ecosystem contribute to the water crisis. This is the reason why World Water Day is celebrated every year by observing certain events, spreading messages via social media, TV and educational events based on the essential needs of clean water and saving every drop of water in better ways. World Water Day is celebrated on 22nd March of every year. Back in 1993, the United Nations General Assembly took a step forward to celebrate the day annually to instill awareness among people about the importance of water and also about the need as well as conservation of water. But it was officially added in the schedule calendar on 21st March 1992 by UNITED NATIONS CONFERENCE ON ENVIRONMENT AND DEVELOPMENT at Rio de Janerio in Brazil. Later in 1993, The Water Day has been started celebrating globally and motivating and encouraging people to know about the inevitable importance of the water on earth.

THE MAIN PURPOSE OF CELEBRATING WORLD WATER DAY: Evidently, World Water Day has been initiated and celebrated ever since 1993. But what is the real purpose of Water Day? We do know why the day is celebrated every year but what about the real cause behind it. Well, the United Nation and the members of nations observed this essential day with the organization of campaigns as well as foster the water conservation globally by indulging in real activities. It is the responsibility of the UN to spread awareness amongst people and build a better world for the upcoming generation. People even know that they have to save water for the next generation and they do know that right and serious steps to be taken to prevent the water crisis in advance. Generally, UN agencies would try to promote the campaigns and ensures people understand the real danger of the water issues. It also expects the people to coordinate with the international activities of World Water Day and act accordingly. However, the UN is highly responsible to splash the effective messages entirely and to choose the theme for the yearly celebration of the day. Along with UN members, the other different agencies, various NGOs and other non-government organizations would indulge in creating awareness and they also try to exhibit all the water-related issues during the event and the campaign.

WOMEN AND WATER: Probably, you might have come across the situation where women of the family walk for miles to quench their thirst. We might have also come across poems and prose, where women carrying pitches to get water for their family members. Believe it or not, when there is scarcity, women face it with and totes the still women have been facing several situations where they have to walk for hours to fill their pitchers and cans with clean water. So, we gotta talk about this extremely unknown relationship between water and women. While this being happening aside, the UN’s research has put forth that women and girls make themselves the majority of people who are responsible for getting water where clean water is not accessible enough. Surprisingly, many women engross themselves in finding and gathering clean water. However, the major target of World Water Day in 2019 was to enhance women’s access to water which in a way lead to encourage independence for women. Thus, The UN implemented a project of women finding clean water in rural areas is part of the goals to obtain clean water worldwide.

THEMES FOR WORLD WATER DAY: As we know that the United Nations has been celebrating the WATER DAY globally to mark the essential needs of freshwater. Yearly, the UN would decide and schedule events and campaigns to create awareness and to obtain clean water and make it better for the next generation. To obtain freshwater, several steps are taken by the authorities and members of the UN. Similarly, the UN would allot the theme for the yearly celebration of World Water Day. The previous themes for the years from 2014 to 2018 went as “Water and Energy”, “Water and Sustainable Development”, ‘Water and Jobs”, “Why waste water?” and “Nature for Water”. The last year’s theme for the day was “Leaving no one behind” and the present year i.e. the theme for 2020 is “Water and Climate Change” which throws light on the connection between the two major issues. So, themes are selected just to show the importance of water and problems of the water crisis on the earth which would bring better change in the world. Every drop makes a difference and thus makes a better life!