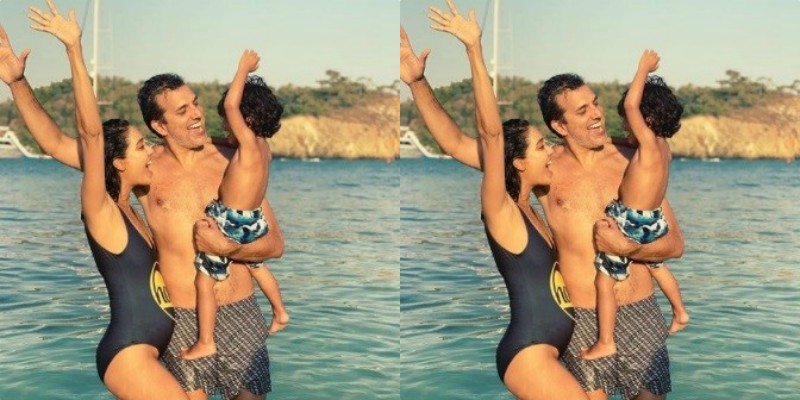 Model-turned-actress Lisa Haydon is expecting her second child. The actress took to her social media profile and shared an adorable picture with husband Dino Lavlani and their first child Zack.

In the picture, Lisa’s baby bump is visible. The actress, her husband, and son are all smiles and happy. She captioned the picture, “Party of four on the way”.

Actress Lisa got married in 2016 to her boyfriend Dino and the couple had their first child in 2017 and named him Zack Lalvani.

Haydon made her acting debut with a supporting role in the 2010 romantic comedy Aisha and received critical praise for her performance in the comedy-drama Queen, which garnered wide recognition and a Best Supporting Actress nomination at Filmfare, among other accolades. Haydon later starred in the commercially successful romantic comedy Housefull 3 and had a brief role in the Karan Johar-directed romantic drama Ae Dil Hai Mushkil (both 2016).

She was also part of “India’s Next Top Model” Season 1 and 2 along with “Top Model India”. She has also appeared in the web series “The Trip”.