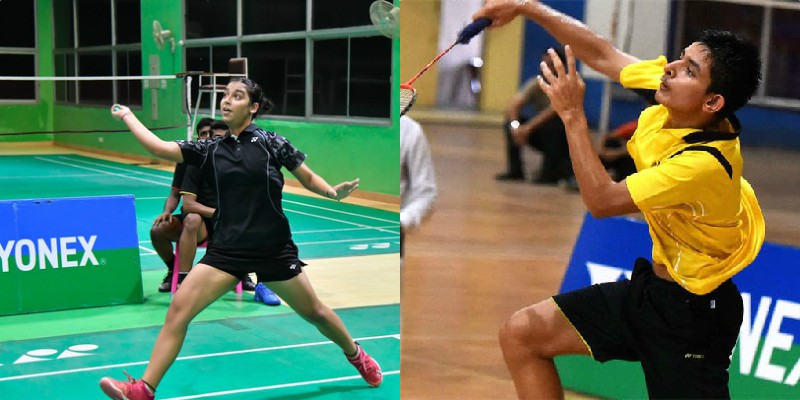 Bhatnagar & Crasto bow out in Round 3

New Delhi, October 9:  India’s Aditi Bhatt upset the 13th seed while Rohan Gurbani too won his match as India continued their proceedings at the individual event of the BWF World Junior Championships in Kazan, Russia on Wednesday.

In girls’ singles, Bhatt’s resilient 14-21, 21-14, 22-20 win over the 13th seed Atitaya Povanon of Thailand was the biggest talking point of the day for the Indian contingent. The Delhi shuttler, after losing the first game, made a strong comeback to complete the upset win in 53 minutes and enter the fourth round.

Up next for Bhatt is the fourth seed Putri Kusuma Wardani of Indonesia.

In boys’ singles, Rohan Gurbani crushed Austria’s Nicolas Rudolf 21-7, 21-16 in just 23 minutes to enter Round 5 and set up a showdown with China’s Ren Cheng Ming.

While Aditi won, Tasnim Mir and Trisha Hegde could not manage to go past their respective opponents. The Gujarat girl, Mir lost 13-21, 19-21 to 12th seeded Chinese Taipei ace Hung En-Tzu while Trisha went down against Hungary’s 6th seed Vivien Sandorhazi 16-21, 12-21. In a later match, Unnati Bisht’s campaign came to an end at the hands of the top seed Phittayaporn Chaiwan 12-21, 7-21.

Karunakaran suffered a double setback as his mixed doubles challenge was also cut short. He and Ramya Venkatesh Chickmenhalli lost to Chinese Taipei’s Yu Sheng Po and Tung Ciou-Tong 20-22, 17-21 in Round 2.

Ishaan Bhatnagar and Tanisha Crasto also departed after starting the day with a win. They fought hard in a 59-minute encounter before going down to Indonesia’s top seeds Leo Rolly Carnando and Indah Cahya Sari Jamil 22-20, 16-21, 17-21 in Round 3. The pair had earlier won 21-13, 21-12 over USA’s Winston Tsai and Tammy Xie.

Sankar Prasad Udayakumar and Nafeesah Sara Siraj were also made to bite the dust by second seeds, China’s duo of Feng Yan Zhe and Lin Fang Ling. They lost 9-21, 4-21 in Round 3 after earlier winning against Slovakia’s Jakub Horak and Mia Tarcalova 21-16, 21-17.