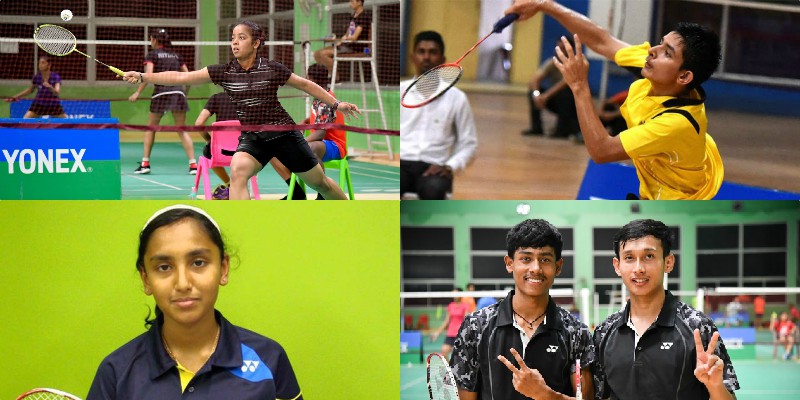 New Delhi, September 4: The Badminton Association of India (BAI) has announced the 23-member Indian squad that is set to participate at the BWF World Junior Championship 2019 to be held in Kazan, Russia from 30th September to 13th October 2019.

The boys’ singles challenge will be led by Tamil Nadu’s Sathish Kumar who has amassed an impressive total of 925 points from the All India Junior Ranking tournaments held in Panchkula and Bangalore in the month of August.

“While selecting the squad, BAI has looked into the performances of the young shuttlers at the two All India Junior Ranking tournaments held in Panchkula and Bangalore last month and considered the cumulative ranking points each of them earned,” said Ajay K Singhania, General Secretary, BAI.

The girls’ team will be spearheaded by Gujarat’s Tasnim Mir who secured a total of 813 points from the two ranking tournaments.

In girls’ singles category, Tasnim will be joined by Uttarakhand’s Aditi Bhatt and Unnati Bisht, and Karnataka’s Trisha Hegde.

While considering the player’s selection, each of the leg winners got 500 while the runner-up bagged 425. The rest of the points bifurcation are semi-finals (388), quarter-finals (275) and pre-quarter-finals (192).

For the girls’ doubles, Aditi Bhatt and Goa’s Tanisha Crasto will be leading the Indian charge after securing back-to-back wins in the two ranking tournaments that gave them a whopping total of 1000 points. In the boys’ doubles category, Manjit Singh Khwairakpam and Dingku Singh Konthoujam from Manipur will be the biggest hopes from the Indian contingent after topping the table with 852 points from two tournaments.

At the previous edition, Lakshya Sen brought India’s fifth boys’ singles bronze medal from this prestigious tournament and the squad will hope to add to India’s medal count.

The coaching team will be headed by Junior National coach Sanjay Mishra and the team will be undergoing a training camp, starting September 13 in Bangalore that will continue till September 27.