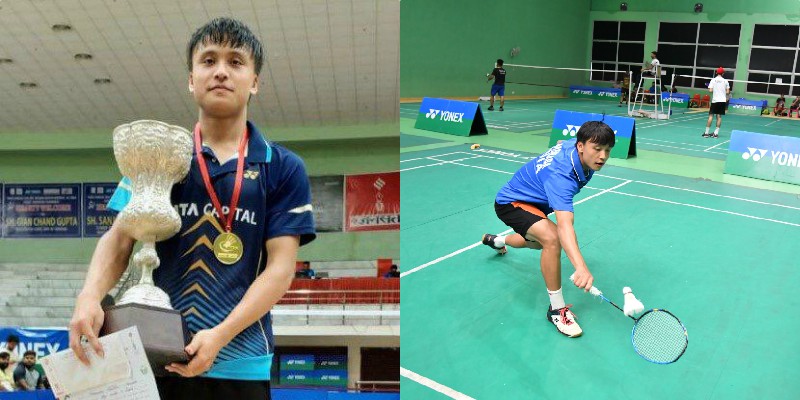 Junior star shuttler Maisnam Meiraba Luwang seeded seventh in the tournament barely had to break a leg as he breezed past his opponent, Romania’s Teodor Cioroboiu 21-4, 21-3. Satish Kumar Karunakaran also comfortably went past his Ugandan opponent Samuel Wasswa with a score line of 21-6, 21-5.

The Junior World number 10, Manipuri, after receiving a first-round bye, started attacking from the word go and took less than15-minutes to wrap up the game to move to the round of 64 at the Championships.

Besides him, Tamil Nadu’s Satish Kumar Karunakaran and Telangana’s Pranav Rao Gandham also played with immense authority to oust their respective opponents. Pranav Rao Gandham crushed Armenia’s Arman Vardanyan 21-10, 21-6 in his first-round match. Both the shuttlers were equally destructive and took a little over 15-minutes to finish their respective matches and move to the final 64.

In the last boys’ singles of the day for India, Nagpur’s Rohan Gurbani who is also reigning U-17 boys singles national champion outclassed his opponent with a great offensive shot selection in a short 16 minutes game. Celebrating his birthday, Gurbani won his match 21-6, 21-3 against Latvia’s Alens Zandovskis to register an impeccable first day all round for India in the boys’ singles category at the World Junior Championships

At the previous edition, Lakshya Sen had brought bronze medal and till date Saina Nehwal remains India’s only gold medalist in the World Junior Championships.

Mix and Mingle @ The Den Bengaluru