For The WOMEN By The WOMEN – Pink Auto Rickshaw Service, Only For Women

Pink Auto Rickshaws only for Women!

The safety of Women is almost the topic of oration now and then in India. It has been one of the priorities of any ruling parties in India and they have often reported implementing several schemes and plans. Maybe the ‘safety of women’ tolls the list of the topics yet it slowly fades later in the air. Though many safety measures have been taken, still women are facing safety problems in the country. So, there should be the implementation of better steps for women’s safety. Here is an innovative step that was taken by our government which was implemented and it’s known as the ‘Pink Auto Service’. It has been implemented to help women and only women can travel in this pink auto rickshaw.

The Pink Auto only for women was first launched in Ranchi, Jharkhand in 2012 followed by the gruesome Nirbhaya Gang rape incident. The next in line after Maharashtra was Bhubaneswar, and Cuttack also launched the services for the safety of women. And then comes Gurgaon in 2013 and now the increasing benefit of the pink auto rickshaw, we need it in other parts of the country too. Even though, as much as safety measures have been implemented, this pink thing has seen more beneficiaries since it has been implemented in the cities. 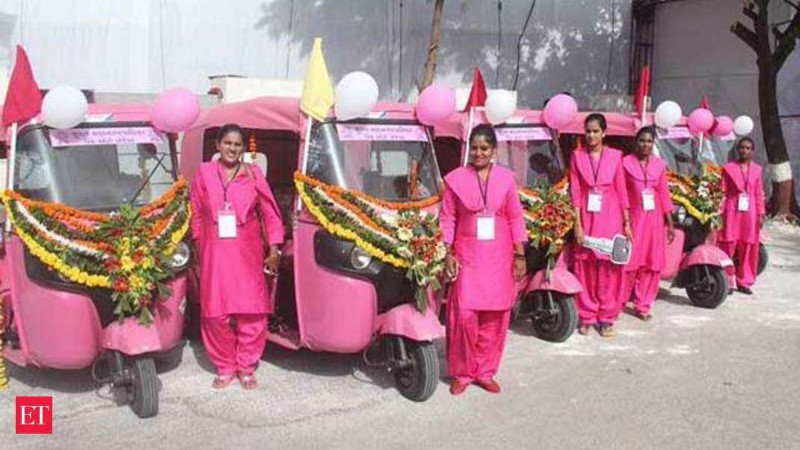 The pink women drivers have been permitted only after qualifying the certain rules such as mastering the language which has been spoken in a particular city. They must have lived in the state for more than 15 years and essentially the driving quality of the women drivers. The routes will be shared amongst the pink auto drivers and men can also be benefited through the pink rickshaws even though women have been the first favor.

The Pink Auto Rickshaw Service which runs for women and children is already going well in Delhi, Surat, Mumbai, Jharkhand, Orissa, and Assam. Guess what? Chennai gets one and it stands next in the line to support and ensure the safety of the women. It is aimed at empowering the downtrodden women and these pink auto-rickshaws will be driven by the ladies and these autos are exclusively launched for women.  It is also said that these pink auto-rickshaws are attached with GPS and electronic meters and it also ensures the safety of the commuters. It is mostly found around at different Metro stations and bus stands specifically.

Pink has been growing stronger and stronger present days.

Manoj Bajpayee made me comfortable on the sets ‘The Family Man’, says debutant Vijay Vikram Singh

Unimaginable! Have You Heard of These Unusual Trees With The Names of Animals!