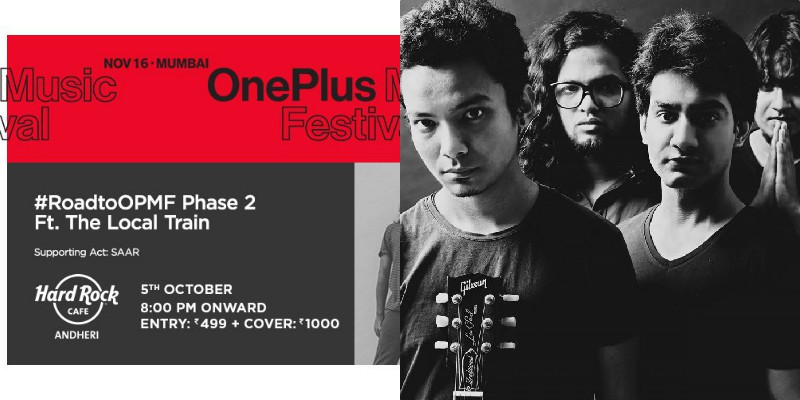 Mumbai & Pune , 1st October, 2019 Country’s iconic live music venue Hard Rock Cafe comes together with OnePlus to showcase an electrifying line-up of some of the most popular bands of India, leading up to the OnePlus Music Festival in November this year. The live music destination has been hosting the #RoadtoOPMF for pre-parties all through September & October in India.

With the ultimate festival culminating in a convergence of international sensations like Katy Perry, Dua Lipa, and national bigwigs Amit Trivedi and Ritviz among others, #RoadtoOPMF has set the ball rolling with a line-up of high voltage performances by acclaimed artists / bands.

The #RoadtoOPMF takes place across Hard Rock Cafe outlets in Bengaluru, Hyderabad, Kolkata, Gurgaon, Pune and Mumbai, featuring nationally country’s most sought after acts like The Local Train- an independent rock band known for their hit singles and edgy music videos; When Chai Met Toast- the newest band from Kerala popular for their infectious happy music; Fossils- a Bangla rock band formed in 1998; and SAAR- a four piece funk-rock act, among others.

What’s more- fifty lucky OnePlus users stand a chance to win free entry by flashing their smartphones at these events, and if you’re lucky, who knows you could even win passes to the grand festival!   So, get ready to soak in the energy as Hard Rock Cafe & OnePlus kick off the festival pre-parties with an exciting line-up as follows: