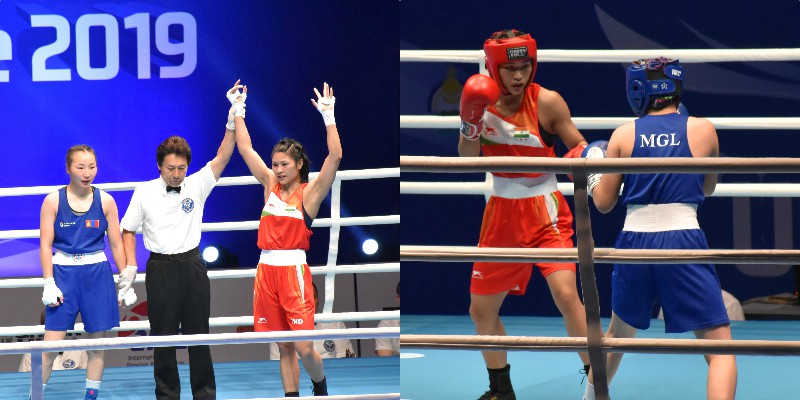 Jamuna started her first-round cautiously but eventually gained momentum. The Indian pugilist displayed sheer dominance from the second round onwards. Using her height to advantage, the Assamese boxer unleashed a flurry of punches to blank Mongolia’s Michidmaa Erdenedalai 5-0.

“I feel really good to have won my first bout. It was also India’s first bout so this win is extra special. I’ve worked really hard for this tournament,”said Jamuna after her victory.

“My next bout is against Algeria and I will give my best. My aim is to win the gold medal and I will do everything to realize the dream. I want to thank Boxing Federation of India (BFI) and Sports Authority of India for providing all the training opportunities and the fans who have been supporting me continuously from India.” Jamuna added.

The 22-year-old pugilist who secured a bronze previously at the Youth World Championships and a gold in the second edition of the Indian Open 2019 progressed easily to the second round of the AIBA Women’s World Championships. In her second-round showdown, Jamuna will box against the fifth seed, Algeria’s Ouidad Sfouh who had a first-round bye.

While Boro was the only Indian pugilist in action on day 2, there will be 2 Indian boxers in the ring on Saturday. Neerja from the 57kg category will be facing China’s J Qiao while Saweety will be challenged by Mongolia’s Myagmarjargal Munkhbat in the 75kg category.

5 Indian boxers including six-time World champion Mary Kom and Sarita Devi has been presented with first-round byes in this edition of the World Championships.