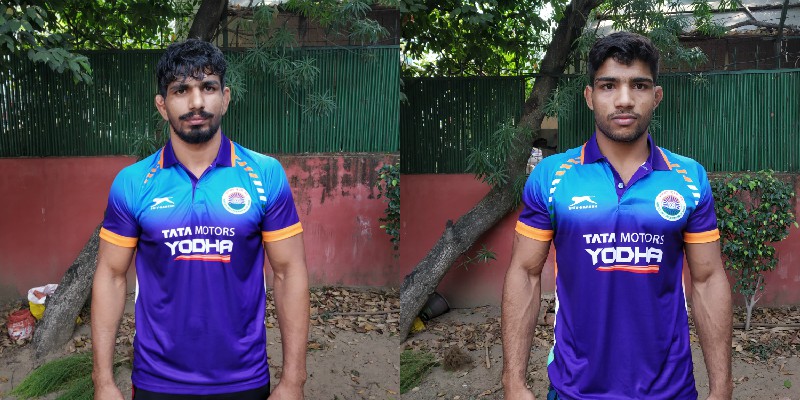 As the 18th seed in Qualifiers, Gulia was in top form as he defeated Hungary’s Botond Lukacs 3-1. With a strong 7-2 win over China’s Ligan Chai, he made it to the quarter-finals, where he was highly impressive in his 12-1 demolition of Mongolia’s Batzul Damjin.

In the semi-finals, the 22-year-old’s brilliant run came to an end at the hands of Azerbaijan’s Abubakr Abakarov who emerged an 8-1 winner. Gulia will now aim for the bronze today and his opponent is yet to be decided.

In 70kg, Naveen lost his qualifying bout to Russia’s 16th seed Chermen Valiev 0-11. But with the Russian making it to the final, Naveen got another chance to fight for a medal as he reached repechage against Mongolia’s Temuulen Enkhtuya with the match being scheduled at 3pm IST today.

On the first day of the championships, three Indians had made it to the quarter-finals with the others being Sharvan (65kg) and Akash Antil (97kg), besides Gulia. 2017 Junior Asian Championship gold medallist Sharvan, who was seeded second in his category, showed his attacking intent against the top seed Rifat Saibotalov of Kazakhstan to secure a tight 8-6 victory. In the quarters, however, he was defeated 6-10 by France’s Ilman Mukhtarov but with the Frenchman failing to make it to the final, the Indian could not make it to repechage.

In 97kg, ninth seed Akash Antil dismantled China’s Li Xu 10-0 to start his campaign. In the last-eight, Ukraine’s Danylo Stasiuk inflicted a 9-5 defeat on him to dash his medal hopes.

In 57kg, Naveen crashed out in the qualifying round with an 0-11 loss to Turkey’s Ahmet Duman.

Today, Ravinder will begin his challenge in 61kg as the third seed against the fourth-seeded Budai Kovacs of Hungary for a place in the quarters. In 74kg, Gaurav Baliyan takes on Vyshniak of Ukraine in the qualifiers while Sanjeet (86kg) will be in action against Zakuev of Russia in qualifiers.

More than 60 teams and 600 Under-23 wrestlers have participated in this prestigious tournament, where Men’s freestyle competition will be completed on the first two days followed by Women’s Wrestling, with the Greco Roman competition scheduled on the final three days.

The entire action from the seven-day UWW U-23 World Championships 2019 will be streamed live and exclusive on www.wrestlingtv.in, India’s one-stop destination for wrestling news.

Celebrate Halloween with the Spooky Mary Cocktail from Candy & Green