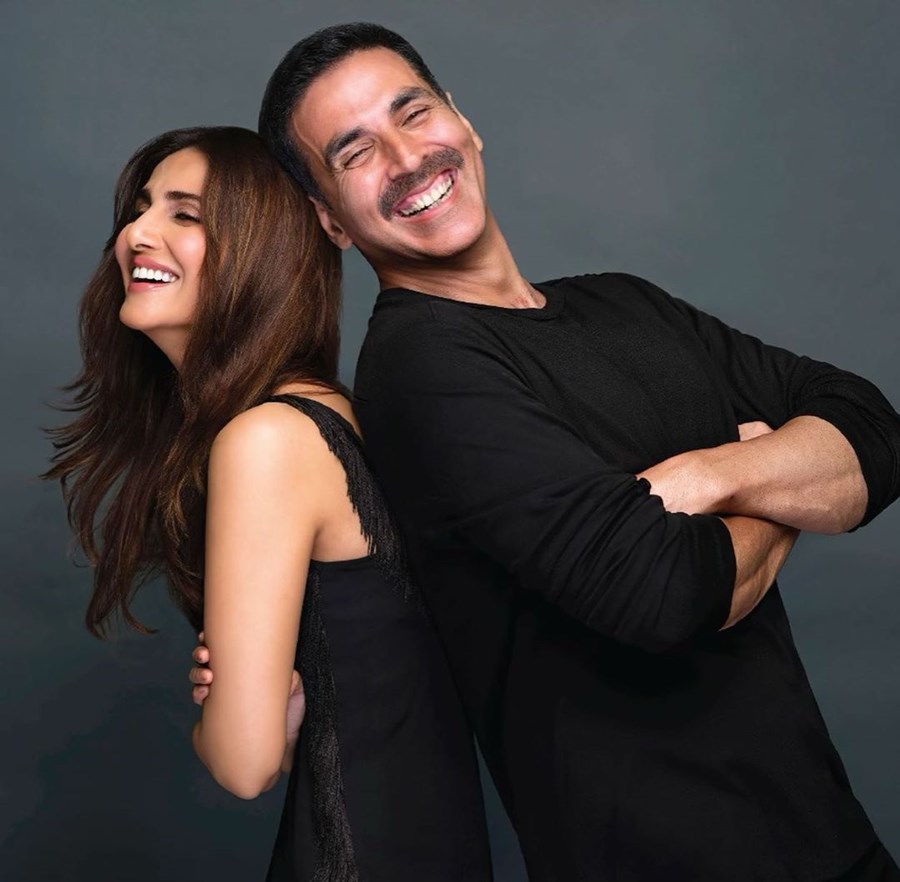 Big treat for Vaani Kapoor fans! They will now be able to see their favorite actress on screen with the ‘Khiladi Kumar’. Yes, the ‘Befikre’ actress gave big news to their fans today as she has teamed up with the team of ‘Bell Bottom’ and can not wait to start working on this film!

Vaani shared her photoshoot with Akshay Kumar and wrote, “Super Super Thrilled & Excited for this one!! Teaming up with the one & only @akshaykumar Sir. Can’t wait !!! #Bellbottom Let’s get this started.”

The film is set in the ’80s and Akshay will be essaying the role of a spy in the film. Last year the first look of the film was shared which made the audience excited for the film. Akshay looked suave in a coffee brown suit with dark shades and this look perfectly fitted the role of a secret agent. Vaani will be playing Akshay’s wife in the film. A massive set recreating the 80’s decade will be built for the film.

Bell Bottom will be directed by Ranjit M Tewari and produced by Vashu Bhagnani, Jacky Bhagnani, Deepshikha Deshmukh, Monisha Advani, Manju Bhojwani and Nikkhil Advani. The film is set for a release in 2021.

5 Most Surprising Facts of Honey You Have Never Known

On the work front, Vaani was last seen in the film ‘War’. Apart from ‘Bell Bottom’, she will also be seen in the film ‘Shamshera’ ‘ starring Ranbir Kapoor and Sanjay Dutt.  The film is directed by Karan Malhotra and is about a dacoit tribe who took charge in the fight for their rights and independence against the British.