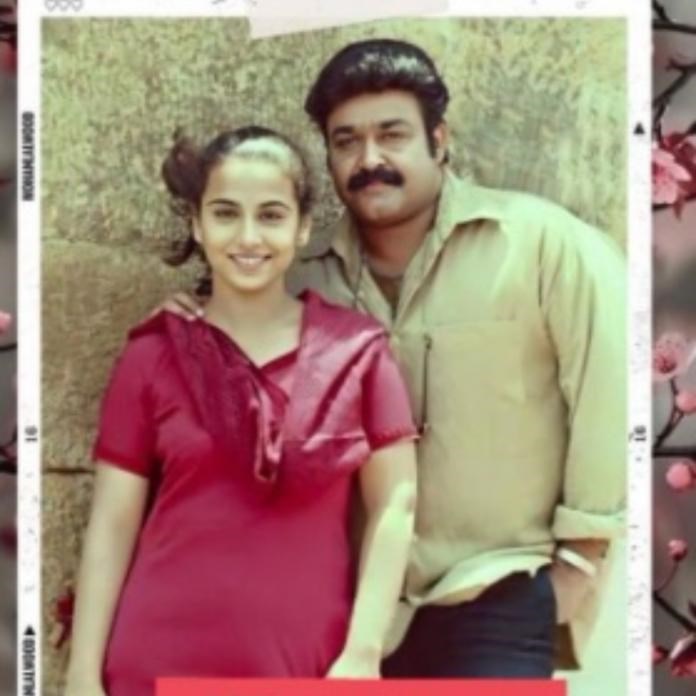 Actress Vidya Balan shared a throwback picture of herself along with veteran Malayalam film actor Mohanlal on her Instagram handle on Tuesday. ‘Kahaani’ actor revealed that the picture was clicked on the sets of her first Malayalam film named ‘Chakram’, in which she was to co-star with Mohanlal – the film however didn’t progress after the first schedule.

Sharing the picture in one her Instagram stories, Vidya wrote, “TBT 2000… pic taken on sets of my first Malayalam film #Chakram with @mohanlal!! The film got shelved after the first schedule… Not looking as bad as I imagined I did!!”.

Vidya Balan made her acting debut in films with 2003 Bengali movie ‘Bhalo Theko’. She stepped into Bollywood with ‘Parineeta’ in 2005, a film adaptation of Sarat Chandra Chattopadhyay’s Bengali novel of the same name. Critically acclaimed for her performance, Vidya became a household name after ‘Parineeta’.

Earlier, in an interview, Vidya shared her story saying that before she was offered ‘Parineeta’, there was a period of three years when she got replaced in a dozen South-Indian films and nothing seemed to be working for her.

Vidya has featured in notable films across genres such as ‘Lage Raho Munna Bhai’, ‘Bhoo Bhulaiyaa’, ‘Kahaani’, ‘No One Killed Jessica’, The Dirty Picture’, ‘Tumhari Sulu ’and ‘Mission Mangal’.

Vidya was last seen in the biopic Shakuntala Devi, which released on Amazon Prime Video. She next will be seen onscreen in Amit Masurkar’s next project titled ‘Sherni’.