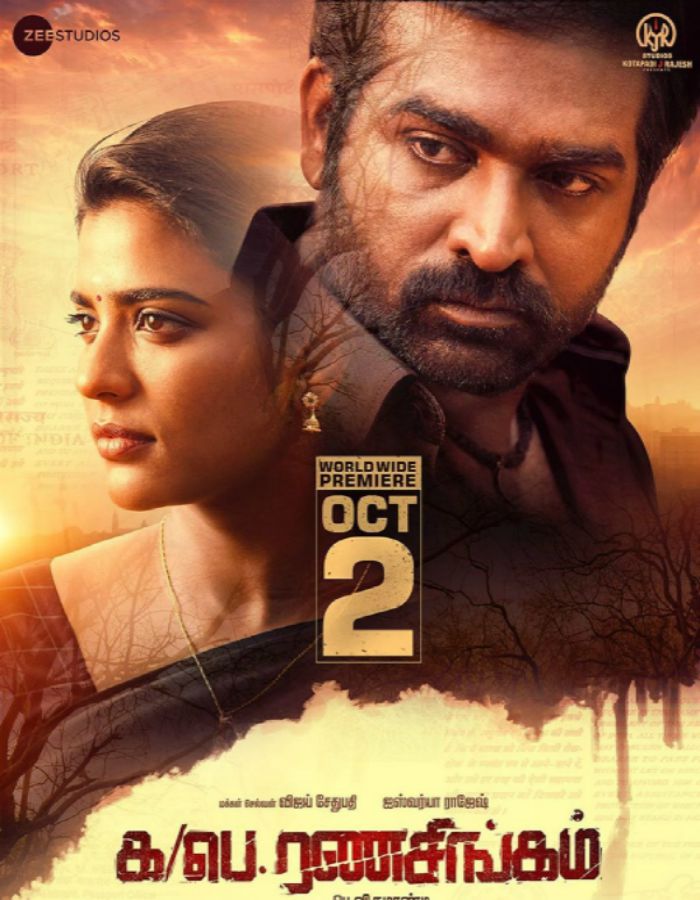 Actor Vijay Sethupathi and Aishwarya Rajessh starrer Tamil film ‘Ka Pae Ranasingam’ will be released on October 2 on the OTT platform Zeeplex. The film will be released in five Indian languages and it will be subtitled in 10 international languages. It can also be streamed in over 150 countries, according to details released by Zeeplex.

Taking to his Twitter handle on Tuesday, Vijay Sethupathi announced release date of the film, he wrote, “The biggest DTH & OTT release you have witnessed so far! 🔥 Watch #KaPaeRanasingam from the comfort of your homes from 2nd of October on @zeeplexofficial”.

The film is based on real-life events and is written and directed by P Virumandi. The film is produced by Kotapadi J Rajesh under the KJR Studios banner and Gibharan is the music composer.

The official teaser for the film was released on May 23. It highlighted the plight of farmers and issues surrounding land. Vijay Sethupathi is shown helping farmers in their fight against industries which have encroached their land.

Vijay Sethupathi is also currently awaiting the release of Vijay starrer ‘Master’ in which he plays the main antagonist. The movie is directed by Lokesh Kanagaraj and produced by Xavier Britto under the banner XB Film Creators. He will also be seen sharing screen space with Aamir Khan in ‘Lal Singh Chaddha’ which will mark his debut in Hindi film industry.