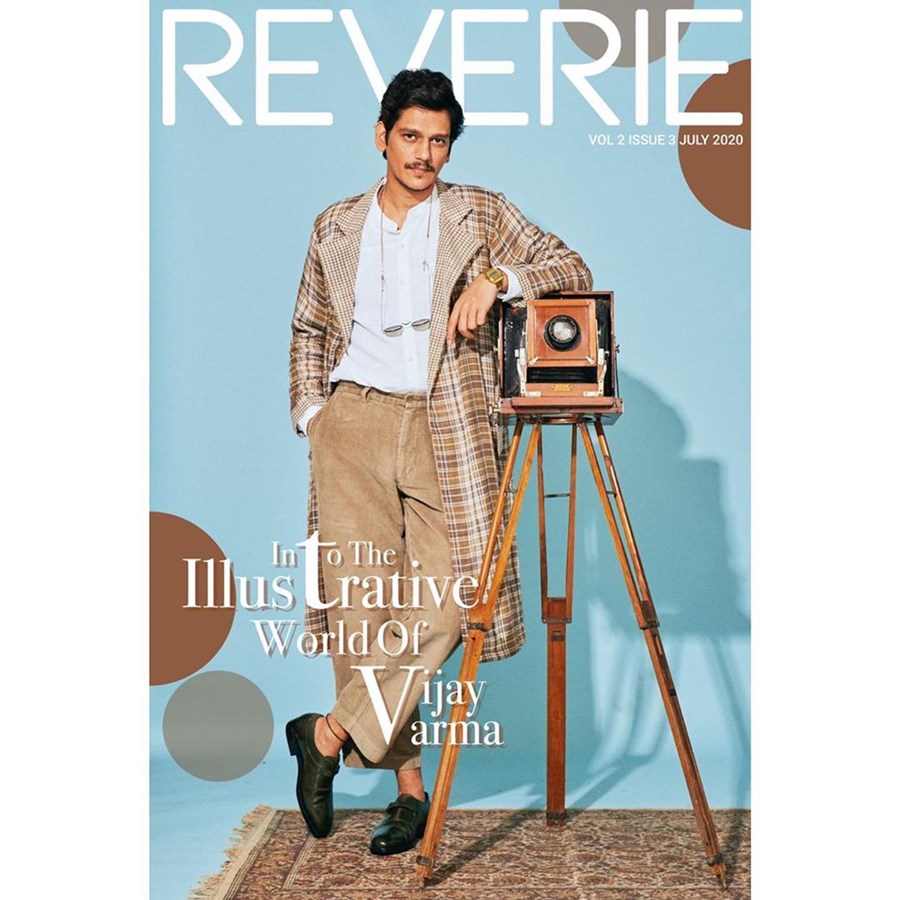 After giving a breakthrough performance in the film ‘Gully Boy’, actor Vijay Varma has become the bollywood’s latest find . ‘Gully Boy’ gave this hell of a talented actor the deserved attention who now graces the July issue of Reverie Magazine and he looks super stylish in this avatar of his.

The social handle of Reverie Magazine gave a nice write up for him and wrote,” While he floored not just us but everyone with his bang on Instagram captions, to taking you into the world of acting with Moeen, Vijay Varma surely knows how to steal the hearts.

As we sat down to discuss our cover with him, we instantly knew that this shoot would transport you to the realm of storytelling and here we are.

With all necessary precautions taken in place, we have one-and-only Vijay Varma who takes you through fashion, theatre, and so much more, all with the help of pictures.”

Actor who looks ultra voguish and fashionable on the cover page started his career in the year 2012 and after years of hard work and determination, his work is receiving the right accolades. From Zoya Akhtar’s ‘Gully Boy’ to Imtiaz Ali’s ‘She’, the actor has clearly bowled everyone with his superlative performances.  He has proven that ‘he is here to stay’.

The actor whose last film was ‘Baaghi 3’ will be next seen in ‘Yaara’ which is an action thriller film directed by Tigmanshu Dhulia. The film is about the rise and fall of four friends rustling operations across the Nepal India Border. The film also stars Vidyut Jammwal, Shruti Hassan, Amit Sadh and Kenny Basumatary alongside him.

He will also be seen in ‘A Suitable Boy’ which has been adapted by the highly acclaimed Andrew Davies who has penned it into a six part series. Oscar and BAFTA nominated director Mira Nair have helmed the project which showcases the fortune of four families in North India in post partition turbulent background in the year 1951.