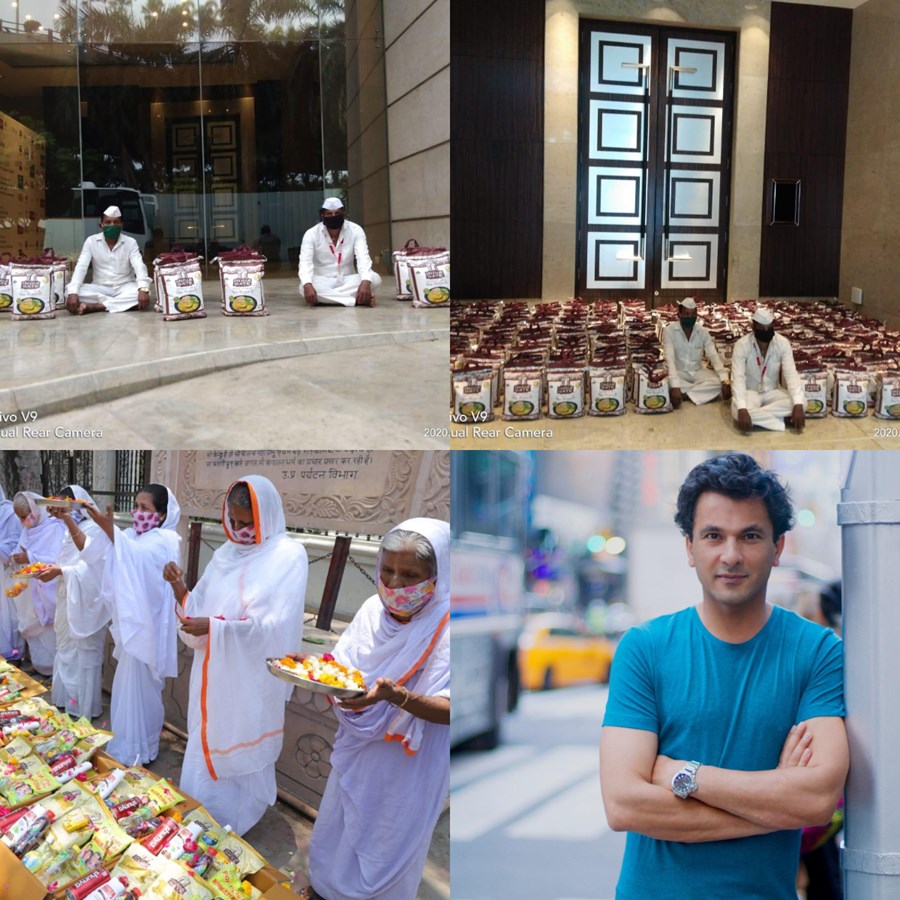 Michelin-star chef Vikas Khanna is organizing a massive food distribution drive this week to provide meals and essential supplies to thousands of Dabbawalas in Mumbai as well as widows in Vrindavan facing hardships due to the coronavirus pandemic.

48-year-old Amritsar-bred, chef Vikas Khanna from Manhattan is super busy these days so much so that he is not even thinking about the release of his directorial debut ‘The Last Color’. KRBL has been supporting Vikas’s noble effort of feeding millions of migrant workers, daily wagers, poor and underprivileged people throughout the Covid-19 lockdown period across the country.

Khanna’s directorial debut The Last Color made it to the final list of Oscar 2019 Nomination for Best Film, when asked Khanna whether he is planning to have an OTT release of his film like many other films due to coronavirus pandemic, he said, “I am honestly telling you that I don’t have time to breathe because of this whole situation. So, as of now I am not even thinking about the release of my film.”

Speaking on the campaign, Business Head – India Gate Basmati Rice – Mr. Ayush Gupta said, “Our family is serving the nation for over 100 years and people of this country has made us the world’s largest millers and the largest selling Basmati rice brand in the world so during this lockdown, we saw countrymen suffering for mere basic needs so, we felt that it is our compulsive duty to help each and every person in the society that we can. As the India Gate brand, we believe in core Indian values of sharing and giving back to the society. We have engaged in similar activities in the past as well but this pandemic has given us a new perspective to serve people of the country.”

He added, “When we first started this activity, it was about helping orphanages somewhere in Bhopal and that’s how it all really started but as we moved forward things became much larger and more vivid in terms of people and sections of the society.” In order to lift the spirits of people and help them during these tough times, Vikas Khanna based in New York started this movement #FeedIndia.

Barkat, an event under this initiative, hosted by Chef Vikas Khanna along with India Gate saw huge success as more than 10,000 bags containing dry rations were distributed across different parts of Delhi-NCR serving 2 Million meals to those in need. Praising Chef Vikas Khanna, Gupta said, “I think it’s an amazing and unbelievable effort of a world-class chef who was sitting almost a thousand miles away but serving 17 million people just by the power of social media. I would say its patriotism and humanitarianism in its purest form.”

Over the course of nearly 90 days, India Gate and Vikas Khanna have distributed over 17 million meals in orphanages, old-age homes, leprosy centers, transgenders, AIDS patients, film industry workers, widow ashrams as well as to migrant workers and hundreds of thousands of people in need across 125 Indian cities with the help of The National Disaster Response Force.