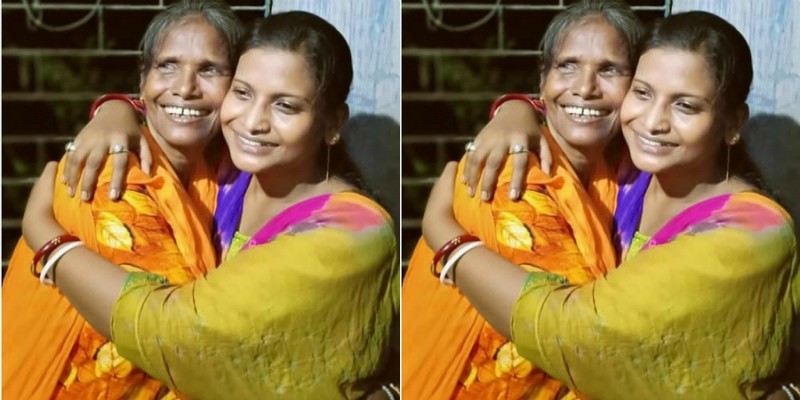 A photo of the two embracing each other went viral on social media. Ranu Mondal recently sang her debut song for Bollywood for Himesh Reshammiya’s upcoming film. Reports suggest after the recording due to the constant coverage, Ranu’s daughter was able to find her after almost a decade. Ranu reported born in Krishnanagar spent most of her childhood in Ranaghat and after marriage moved to Mumbai.

Ranu first came back to Mumbai after many years to shoot for the talent show and then to record her first song. She has also recorded several songs in Bengali and in Hindi even in Delhi.