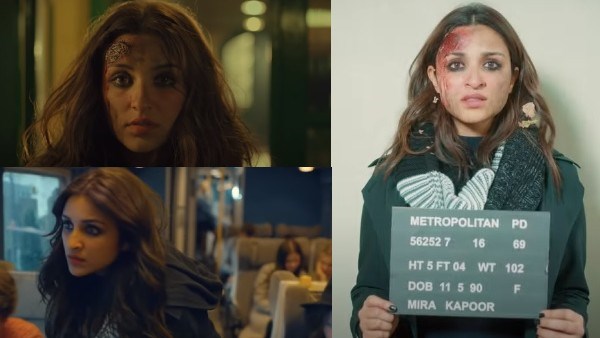 Actress Parineeti Chopra, who will next be seen in a film titled ‘The Girl on the Train’, has said that working in a forthcoming mystery-thriller film has changed her as a person and as an actor in terms of choosing projects and working on her performances.

Parineeti Chopra was interacting with News Helpline to promote ‘The Girl on the Train’ in Mumbai.

Talking about how working in ‘The Girl on the Train’ changed her as a person and as an actor, Parineeti said, “I think this film has changed me as a person and as an actor. I was an academic and a geeky student in my younger days. I used to ask a lot of questions to my teachers and I used to be a top rank holder in my school and college days and that was my way of life. I was a banker before getting into acting, so during the shooting of this film, I went back to my old process where I followed the vision of the director.”

She added, “I never felt that I am a heroine and I will shoot for only four hours and then I will go home. I used to get scolded for my mistakes and I used to get appreciation when I used to give a good take, so after doing this film, I realised that I want to do such kinds of films. I have completed shooting for Saina Nehwal biopic and after that; I will start shooting for ‘Animal’, so my process has already changed in terms of choosing scripts and working on my characters. I wish that if I would have done this film earlier then my life would have been on a better track.”

‘The Girl on the Train’ is based on author Paula Hawkins’ bestselling book by the same name, and it revolves around Mira Kapoor (Parineeti Chopra), a lawyer with a dark past and a broken marriage who suffers from short-term amnesia. To get over her loneliness, she fixates on the perfect lives of a couple she sees in their home from the train she takes daily. One day, she witnesses something unexpected that breaks her trust and she takes it upon herself to unravel the truth that shocks her. She gets unknowingly involved in a ruthless crime that she decides to solve.

‘The Girl on the Train’ is set in London, sharing her experience shooting the film in London, Parineeeti said, “London is like a second home for me as I have studied there. I have so many friends there and my extended family is also settled over there, so I have travelled a lot through trains in London but of course it’s a different feeling when you board that train without a ticket as an actor. I felt emotional thinking that around ten years ago, I used to travel in those trains for my job but now; I am shooting for a film in those trains, so I guess this is life. My name’s meaning is destiny and I have firm belief in destiny, so I am very happy because many experiences came together while we were shooting this film.”

‘The Girl on the Train’ is written and directed by Ribhu Dasgupta and produced by Reliance Entertainment. It will release on February 26, 2021 on Netflix. It features Parineeti Chopra, Aditi Rao Hydari, Kirti Kulhari, Avinash Tiwary and Tota Roy Chowdhury in key roles.

Tags
Working in ‘The Girl on the Train’ has changed me as a person and as an actor says Parineeti Chopra
0 Comments
Editorial February 23, 2021
Share
Tweet
Share
Pin
Popular Posts