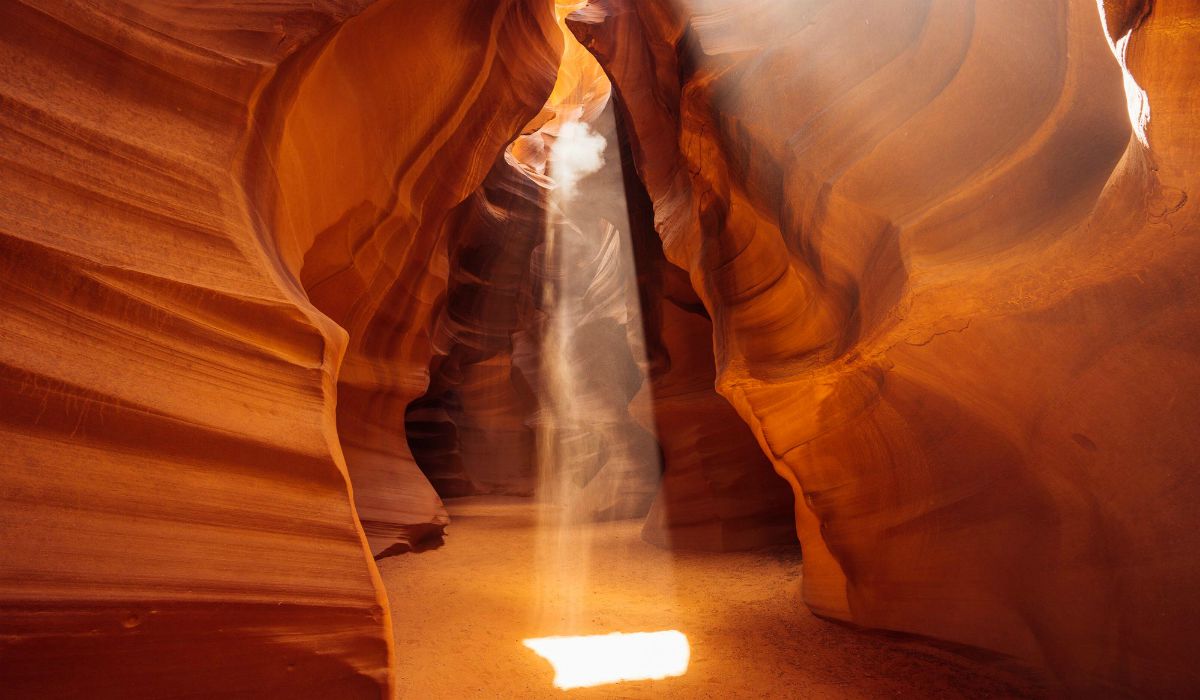 The United States is adorned with iconic landmarks and surprising attractions that make a perfect backdrop for unforgettable memories. This World Photography Day, quench your thirst for travel with these stunning images from some of the most incredible spots across the USA. From Antelope Canyon to Crater Lake, discover these must-see spots for your next getaway to the USA!

Antelope Canyon is one of the world’s most photogenic landmarks and a photographer’s dream. Situated about 180 kilometers northeast of the Grand Canyon in northern Arizona, it is made up of two slot canyons — upper and lower — each formed by the rushing waters of the late-summer monsoons. Its wave-like structure creates a supernatural appearance when the light beams shine directly down into the openings of the canyon.

Monument Valley is located along the Arizona-Utah border, roughly 275 kilometers northeast of Flagstaff, Arizona. It is part of the Navajo Nation, the near 7-million hectare home of the Navajo tribe. An iconic symbol of the Southwestern USA, the sandstone towers have been sculpted by the forces of wind and water over millions of years. It has served as a backdrop in films such as ‘Forrest Gump’, ‘Back to the Future: Part III’ and Disney’s ‘The Lone Ranger’.

Toadstool Geologic Park in Nebraska is part of the Oglala National Grassland. It is noted for its unusual geological formations, some in the shape of toadstools. Also visible are fossils of saber-tooth cats and prehistoric horses among the eroded cliffs.

The Angel Oak tree in Charleston, South Carolina is easily one of the most beautiful places in America. The tree is 65 feet high with a circumference of 25.5 feet, shading an area of 17,000 square feet. It is estimated to be 400-500 years old and considered as one of the oldest living organisms east of the Mississippi River.

The French Quarter is one of the busiest and most Instagrammable tourist attractions in New Orleans! The city’s oldest neighborhood is famous for its charming architecture and colorful buildings with cast-iron balconies.

The Cloud Gate, commonly known as ‘The Bean’, is located in Chicago’s Millennium Park. It is made of stainless steel and is one of the many public art pieces one can discover inside the park. This shiny sculpture by Indian-born British artist Anish Kapoor allows for the perfect reflection selfie.

Crater Lake is one of the most pristine lakes in the world. Located in Portland’s Crater Lake National Park, it is a picturesque landscape of crystal-blue waters and sheer cliffs. At 592 meters deep, it is also the deepest lake in the USA and among the deepest in the world.