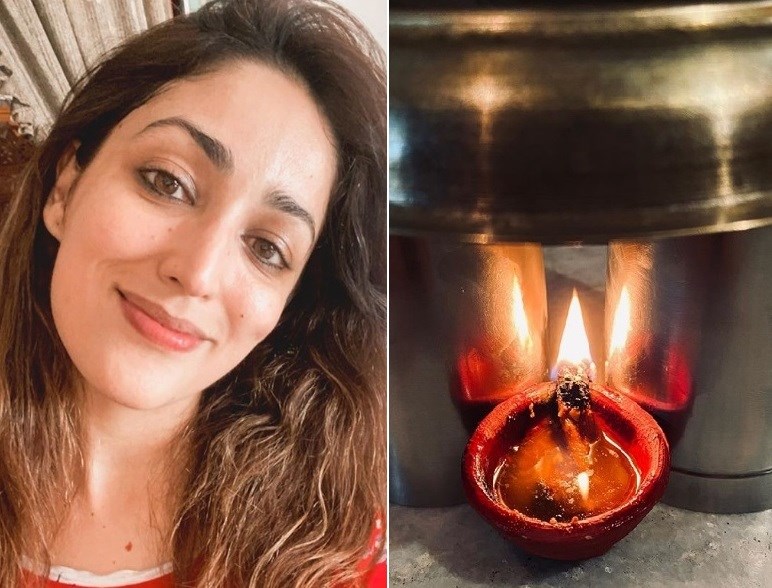 Ankita Lokhande Hits Back At Shibani Dandekar With A Befitting Reply

After the net with her short hair look, actress Yami Gautam fondly remembers her Grandmother and her homemade eye-liner (Kaajal) and how she made some for herself.

Yami just took to her social media profile and recalled the days when her Naani would apply homemade Kaajal on her eyes and now she has finally managed to make some at her home.

Yami Gautam shared a stunning picture of herself, she captioned it, “Having patiently observe my Naani as she would make ‘Kaajal’ at home for us girls, whenever we would visit her during summer holidays, has left me with some really sweet memories- the fresh scent of the burnt oil wick, smeared with ghar-ka ghee & then stuffing it in a small antique container, which I still posses:)”

“Finally, made ‘kaajal’ myself today & the feeling took me back to those innocent & much-treasured memory lanes” read the full post.

After back to back two massive hits, URI and Bala, actress Yami is currently busy with Ginny Weds Sunny, which is a forthcoming slice of life romantic drama.

Ginny Weds Sunny stars Yami Gautam and Vikrant Massey as the titular characters for the first time as Ginny and Sunny, respectively. It is directed by debutant Puneet Khanna and produced by Vinod Bachchan.

The film follows headstrong Ginny who meets Sunny for an arranged marriage, but turns him down, and shows then how Sunny teams up with Ginny’s mother to win her love.