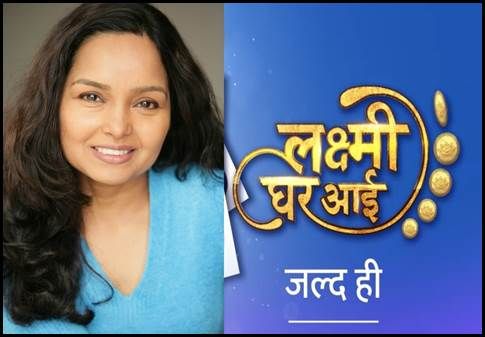 MUBI ANNOUNCES RELEASE DATE FOR SONGS MY BROTHERS TAUGHT ME

It is believed that one of the toughest things to play in TV shows is the roles of an antagonist. Many professional actors and actresses sometimes have a hard time portraying negative characters on screen. However, there is one such actress from the Television and Bollywood industry so well versed in depicting a villain that it seems like she was born to play that character. Well yes, you guessed it right. We are talking about none other than the multi-talented and pioneer of the entertainment industry Ananya Khare!

The actress is known for her stint as an antagonist in the entertainment industry and she received a lot of praises for her stint as Kumud in Sanjay Leela Bhansalis’ blockbuster movie ‘Devdas’ where she essayed the role of Kumud. The actress will now be seen essaying the pivotal role of a Brutal & Cruel Saas (Mother-In-Law) Jwala Devi in Star Bharats’ upcoming new show Lakshmi Ghar Aayi

When spoken to Ananya Khare on her stint in the show she said,  “It feels great to be back on television with a show like Lakshmi Ghar Aayi that aims to raise awareness and bring light on the social cause of Dowry. I am very happy to work with Shakuntalam Telefilms and Star Bharat. My character Jwala in the show is that of a crude woman. She is obsessed with money and worships goddess Laxmi with the hope that she will shower money on her. Jwala is a complicated character with hopes and ambitions, which she is sure her son will fulfill. She is extremely proud of her son”

She further added, “Working with the entire cast and crew is a delight. Akshit and Simran are both very talented and it’s fun working with them. I hope and pray the audience enjoy watching our show and continue to shower their love and blessings on all of us.”