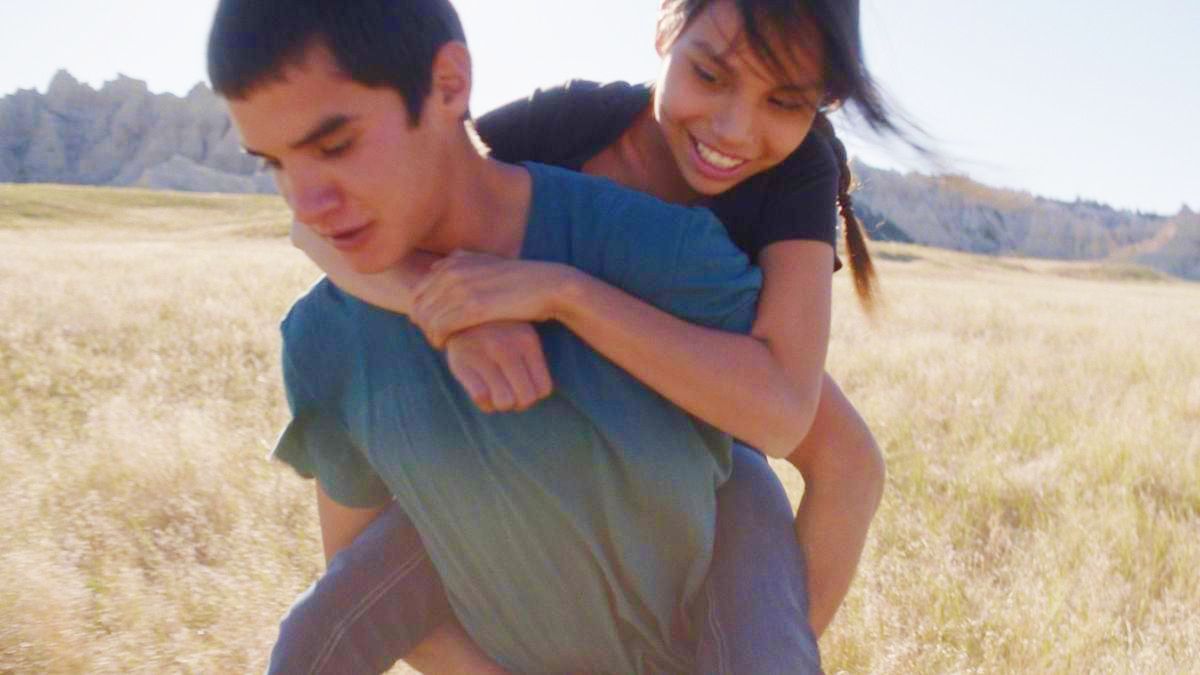 “Its poetic minimalism is atmospheric” Variety

“It is extraordinary, facing stereotypes about life on the reservation head-on, exploring the crippling effects of alcoholism and a non-existent economy with a delicate hand.” The Guardian

EXCLUSIVELY ON MUBI FROM 9 APRIL 2021

MUBI, the global streaming service and theatrical distributor, has launched the new trailer for Oscar®-nominated Chloé Zhao’s (dir. Nomadland) directorial debut Songs My Brothers Taught Me, which will stream exclusively on MUBI from 9 April 2021.

Written and directed by Chloé Zhao, Songs My Brothers Taught Me is a touching and tragic coming-of-age story set against the stark beauty of South Dakota’s Pine Ridge Reservation.

The film focuses on teenage Johnny and his younger sister Jashaun, two Lakota Sioux siblings whose bond is tested after the sudden death of their absent cowboy father. With an older brother in jail and living with their distant single mother, the pair spend their days navigating the harsh terrain of their small town where opportunity is scarce and poverty, alcoholism and violence is rife. When the chance of a new life in Los Angeles arises, Johnny is faced with the difficult choice of leaving Jashaun behind forever.

5 Most Healthy Ayurvedic Methods To Beat The Summer Heat

Juxtaposing the despair her characters face with a breathtakingly lyrical aesthetic that recalls the work of Terrence Malick, Zhao’s first film is a wistful and delicately observed portrayal of a marginalised community that subtly captures the everyday lives of an underrepresented social milieu. As empathetic as it is naturalistic, it marks the auspicious introduction of a distinctive and undeniable cinematic voice.

Songs My Brothers Taught Me premiered at Sundance Film Festival to critical acclaim, before screening at the Cannes Film Festival where Chloé Zhao received a nomination for the Caméra d’Or Award for Best First Feature Film. Zhao recently won Best Director at the 78th annual Golden Globe® Awards and the Critics Choice Awards for Nomadland, which has received numerous nominations and awards worldwide to date. Nomadland has also received seven BAFTA Film Award nominations including Best Film and Best Director, as well as six Academy Award nominations, including nominations for Zhao for Best Picture, Directing, Editing, and Adapted Screenplay.

Whilst living in New York, Chloé Zhao read about the high suicide rate at Pine Ridge and began making trips there and meeting local people. Zhao described Songs My Brothers Taught Me as a contemplation of the time she spent on the Pine Ridge Reservation, during the four years of making the film. Casting young Lakota actors, many of whom were making their film debuts, Zhao presents a compelling and complex portrait of modern life on the Pine Ridge Reservation whilst exploring the strong bond between a brother (John Reddy) and his younger sister (Jashaun St. John).