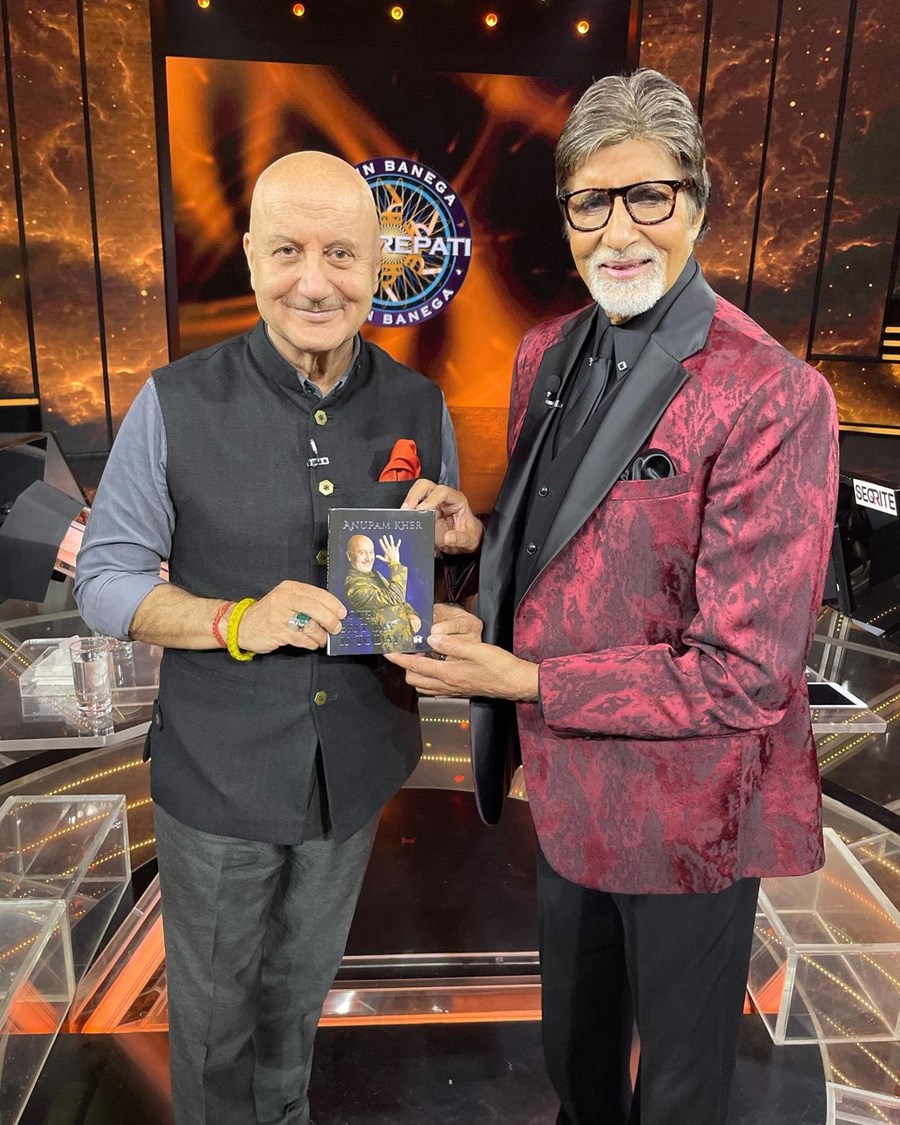 Sharing a few pictures of himself along with Bachchan on his Instagram handle, Kher wrote, “It was my privilege and honour to present my book #YourBestDayIsToday to someone who is an inspiration to millions of Indians all over the world @amitabhbachchan. He is so encouraging and generous with his compliments. #Legend #MegaStar #Kbc #Humbled #Actors @thegurukher”.

In the pictures, Kher and Bachchan can be seen posing for the camera on the sets of quiz reality show ‘Kaun Banega Crorepati’.

7 Powerul Foods That Can Unblock The Arteries

On the other hand, Anupam Kher was last seen in ‘One Day: Justice Delivered’ helmed by Ashok Nanda. He will feature in Vivek Agnihotri’s ‘The Last Show’ along with Satish Kaushik.