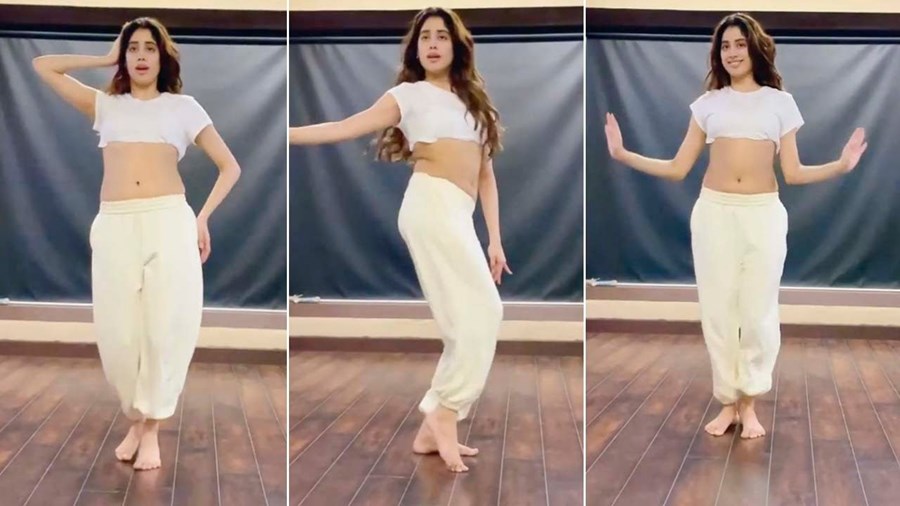 Actress Janhvi Kapoor posted a video of herself on social media on Tuesday in which she can be seen doing belly dance to the track ‘San Sanana’ from the film ‘Asoka’. The original video of the song features Kareena Kapoor Khan and the track has been sung by Alka Yagnik and Hema Sardesai.

Clad in white top and matching bottoms, Janhvi Kapoor looked gorgeous and nailed every step with her expression and moves. As soon as the ‘Dhadak’ actress dropped the video, her fans started praising her belly dance moves and flooded her comment section. The video has garnered more than 1.4 million views on Instagram.

Janhvi is learning Kathak, a classical dance form, from some time, keeps dropping videos from her session on social media.

5 Most Healthy Unpopular Foods You Should Start Consuming From Today

Janhvi Kapoor starred in ‘Gunjan Saxena: The Kargil Girl’ last year. She stepped into Bollywood with the 2018 film ‘Dhadak’. She was also a part of Netflix’s ‘Ghost Stories’.

On the work front, the actress has few films in her kitty which are slated to release this year namely, ‘Roohi Afzana’ co-starring Rajkummar Rao; ‘Dostana 2’ co-starring Kartik Aaryan and Laksh Lalwani. She recently signed a film titled ‘Good Luck Jerry’. This film is being helmed by Siddharth Sen and written by Pankaj Matta. It will be produced by Aanand L. Rai.