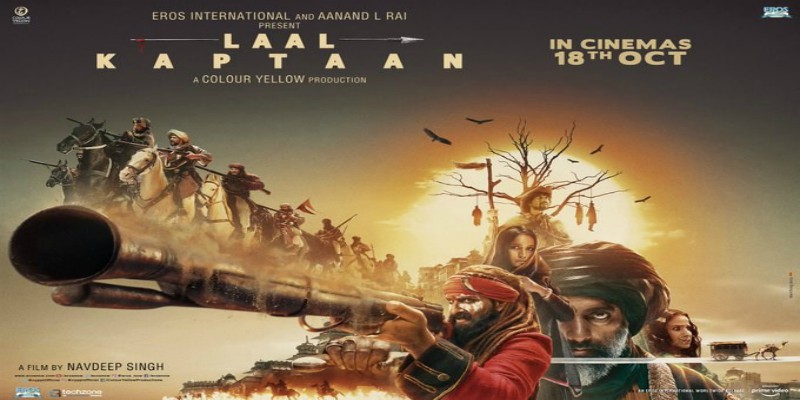 After unveiling two intense and intriguing trailers, the makers of Laal Kaptaan are out with a stunning new poster, featuring the entire ensemble of the film!

The official handle of Colour Yellow Productions dropped the new poster. It said, “He’s out to hunt & chase. He will only stop at Revenge. #LaalKaptaan, in theatres from October 18th…#SaifAliKhan @aanandlrai @ErosNow @Nopisingh @zyhssn @deepakdobriyal #ManavVij”

The film is set in British era, actor Saif Ali Khan is one mysterious individual with long beard and amazing bread-locks. Saif as Laal Kaptaan is on a killing spree, with a profound understanding of life and death.

The filmmaker also shared a new poster of the movie which features Saif as a Naga Sadhu out on a journey ridden with drama, revenge and deceit. The film is helmed by “NH 10” famed director Navdeep Singh.