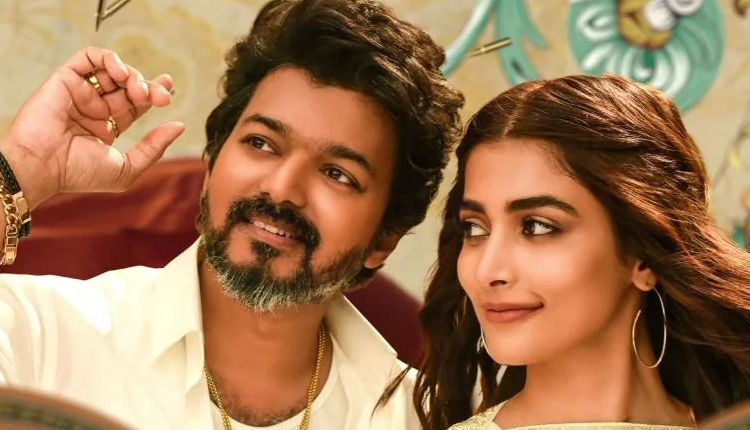 “Halamithi Habibo . . .” It’s on loop and non-stop humming, doesn’t it? The first single of Thalapathy Vijay’s upcoming movie, Beast is out yesterday, on the onset of Valentine’s Day. The promo of the First Single – “Arabic Kuthu” was released last week on 7th February. The promo manifests the trio – Anirudh, Nelson, and Sivakarthikeyan and comic conversation. It did create anticipation amid the fans and finally, it is blasting the internet from yesterday. The 24 hours of Vijay’s Beast’s first single gained millions of views and likes on the internet.

Making the people and fans vibe for the composer Anirudh’s new invention, Arabic Kuthu, the song incorporates the vibrant sets and attractive costumes of the co-dancers. Especially, with the cool and speed dance moves of Thalapathy Vijay alongside with gorgeous, Pooja Hedge, gives the wholesome awe. As Sivakarthikeyan penned the lyrics for the unique Arabic Kuthu and the young music composer, Anirudh instilled the inventive music elements, the song began trending with 23 million views on YouTube since its release. The song is on loop and non-stop humming everywhere and so it, definitely, is a Pan-World song. Admit it! You are humming it right now, aren’t you? Well, let’s wait for some coolest update again from the Beast team until then, just vibe to Arabic Kuthu. Alexa! Play Arabic Kuthu. . .