ALTBalaji’s His Storyy cast discusses the taboo’s around same-sex relationships in our society with Raga Olga D’silva and Adv. Rama Sarode 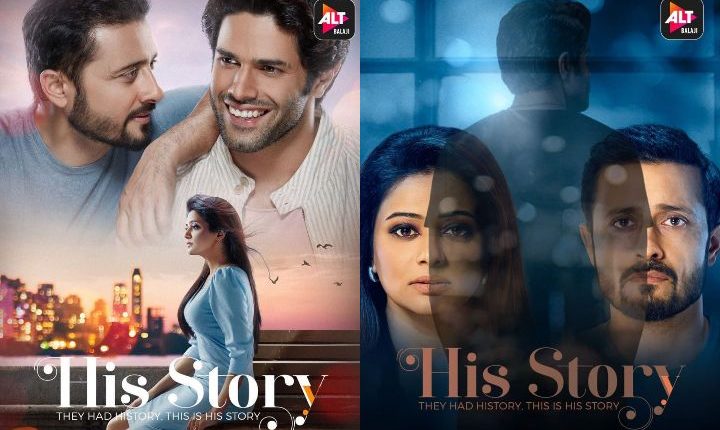 ALTBalaji’s latest urban-relationship drama, His Storyy has been receiving rave reviews since it premiered on the streaming platform. Critics and the audience have been lauding the show for its beautiful treatment and sensitive storytelling. The show, which touches upon same-sex relationship features, features SatyadeepMisra, Priyamani Raj, and MrinalDutt in primary roles. All three actors have received positive reviews for their stellar performances.

ALTBalaji has always stood up in solidarity with the LGBTQIA+ community, bringing out amazing stories on their platform. Stories with characters from the LGBTQIA+ community are scarce not just in India but around the entire world. However, ALTBalaji has always been at the forefront of narrating stories that hail characters with alternate sexualities, whether it is Romil&Jugal, The Married Woman, or their recently launched show, His Storyy.

Recently the cast of His Storyy – SatyadeepMisra, Priyamani Raj, and MrinalDutt sat down for a heavy-duty discussion along with Advocate Rama Sarode, whose expertise lies in the area of family laws. Additionally, a vibrant storyteller and inspirational speaker from the community and the co-founder of Speaking Minds, Raga Olga D’silva, also joined the panel. The discussion, which streamed on ALTBalaji’s social media platforms, was moderated by critically acclaimed director TusharTyagi.

Tushar has told narratives with LGBTQI+ characters’ perspectives through his films like Gulabee and the recently released short film, Saving Chintu. Tyagi’s interest in telling stories of the marginalized communities brought him on board to discuss in-depth the progress same-sex stories have made in storytelling on celluloid.

Talking about playing a gay character on screen for the first time, Satyadeep, who essays Kunal in the show, said, “Didn’t want to play Kunal as a clichéd gay character, as Indian cinema has portrayed over the years, which has done quite a damage to the movement.” Mrinal, who plays the other gay man, Preet, in the show, added, “I wanted to keep it normal and not effeminate. I was talking to a few of my friends, and it was important to me to know their inner darker world including the issues they generally face.”

During the panel discussion, Raga, who was once married to a man, opened up about her struggles of coming out to the world,

“I was so badly abused,” she lamented, “My community in New Zealand, spat at me, called me Lesbian, car glasses, windows were broken. So, you hide (it). But eventually, you realize that it is not worth it. I don’t want to marry a male just because society wants me to get married to a male. I came out at the age of 50 last year, with the encouragement of my ex-husband and my (current) partner – my Preet. We’ve brought up our children together.” She also parted the discussion with a striking statement to put the discussion at rest, “Closets are for clothes, not to hide your truths.”

Advocate Rama Sarode added stories from her experiences. “I’ve worked with a lot of people from the LGBTQIA+ community. I’ve seen them marry someone not of their choice because of the pressures of their family. And they are not happy with their marriage, and they have relationships outside. That’s why most of the divorces happen,” she said and also added, “Believe me, I’ve travelled across the rural parts of Maharashtra, so same-sex relationships is not an urban thing.”

She further added, “I think being non-judgmental is the most important thing, so I keep telling people that heterosexuality is as normal as homosexuality. We need to create awareness and have constant dialogues with different stakeholders, to finally include laws and policies that support the community.”

His Storyy tells the tale of a modern-day family and life built by what appears to be a perfectly happy married couple, Sakshi and Kunal. This “perfect” family falls apart and grows apart when Kunal finally decides to embrace who he is. It comes at a significant cost owing to society’s still narrow-minded and unforgiving nature. How do they navigate these waters? Is there hope for them still? Does love conquer all?

The star cast in the series is the talented actors SatyadeepMisra, Priyamani Raj, MrinalDutt, Nitin Bhatia, and Mikhail Gandhi. The brilliant Prashant Bhagia directed the series.

His Storyy is streaming now on ALTBalaji, and one can binge-watch the 11 episodes on the ALTBalaji app now.

Companies that are helping enterprises to host virtual events

Marriott on Wheels: Delivering deliciousness at your doorstep