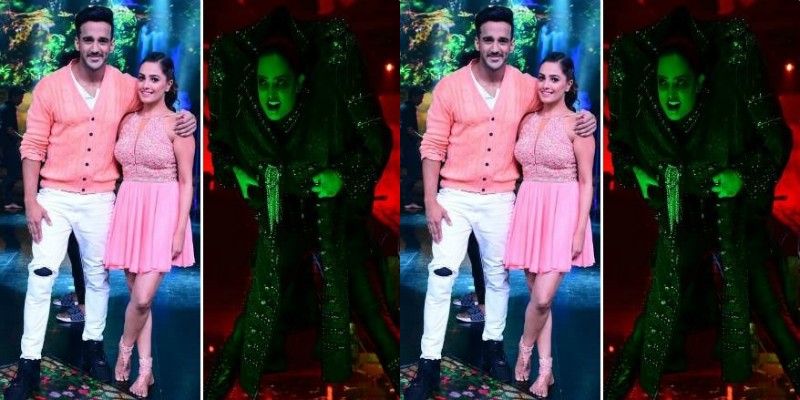 “Anita would come home crying every day because she received a lot of negative comments and trolls from fans on a regular basis on her Social Media,” says Husband Rohit Reddy.

Nach Baliye 9 which has not only got heads turned for its never seen before the concept of ex-couples dancing together in all of its seasons but also has been appreciated by all the masses for its entertainment and glamour factor.

Adding to that, the horror act performed by Anita Hassandani and Rohit Reddy received applause from the audience and the contestants as well as the judges for giving the right kind of chills down everyone’s spines.

To which Rohit had a reply, “She took up a negative role of a character named Shagun in the TV show ‘Yeh Hain Mohabbatein’. For the first six months of playing this character, Anita would come home crying every day, because she received a lot of negative comments and trolls from fans on a regular basis on her Social Media. There were also times when she received threatening emails.”

Anita definitely deserves special appreciation for nailing a negative character with perfection even after experiencing such difficulties of playing a negative role in the past.

Talking about the show, Nach Baliye has been in the news for the high glamour content and elaborate grandeur associated with the latest season. It’s also being hailed as the most exciting and intriguing dance reality show because of the twist that the concept has this time. According to the new track, Nach Baliye 9 has five ex-couples and five current couples fighting it out to win the coveted trophy.