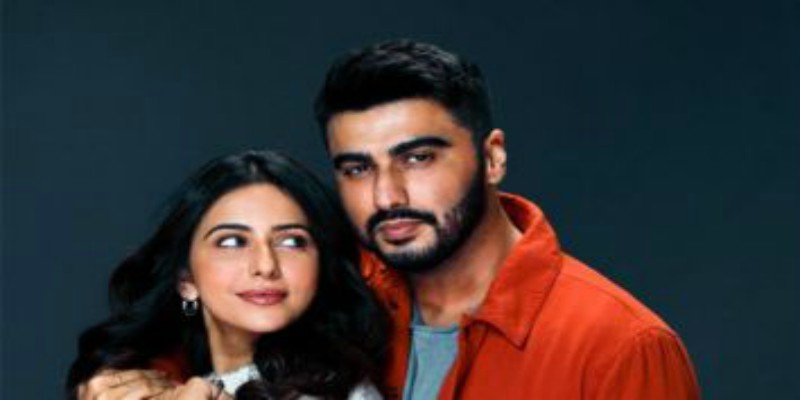 After collaborating on Batla House and Satyameva Jayate, the winning trio – Bhushan Kumar, Nikkhil Advani and John Abraham are geared up for yet another hit in the making. The trio are producing a yet-untitled family drama featuring Arjun Kapoor and Rakul Preet Singh.

Confirming the same, Rakul Preet Singh tweeted, “And here is to new beginnings! A film that every Indian will connect with…@TSeries @EmmayEntertain @TheJohnAbraham @arjunk26 #kaashvie”

Kaashvie Nair, who has earlier assisted Nikkhil on his sports-drama Patiala House and the 2013 action-thriller D-Day and co-directed the TV series POW Bandi Yuddh Ke, will be making her feature film debut as a director with this one.

The film is said to be a coming-of-age, cross-border love story, beautifully written by Anuja Chauhan, Amitosh Nagpal and Kaashvie. It will be shot extensively in Punjab and Los Angeles and will feature Arjun and Rakul in never-seen-before avatars.

​Akshay Kumar Teams Up With Nupur Sanon For Filhall

Trailer and music launch of the film Keep Safe Distance, All India releases on 15 November