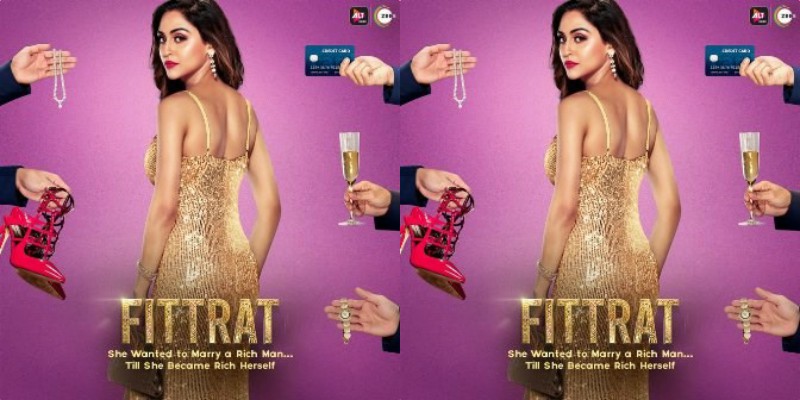 Popular television stars Krystle D’Souza is all set to make her digital debut with ALT Balaji’s Fittrat, the first look poster for the show is out, the trailer releases on 9th October.

Diva Krystle rose to fame after essaying the role of Jeevika in the Star Plus Show Ek Hazaaron Mein Meri Behna Hai. She was last seen in ‘Belan Wali Bahu’. The actress is all set to make her digital debut with Fittrat, in a whole new glamorous avatar.

The official handle of ALT Balaji dropped the poster. They captioned it, “Tarini Bisht. Young, ambitious and a gold digger! She is interested only in money, looking for the richest man to marry. Then… life gives her everything, only to make her realize that she is her own hero!  #Fittrat Trailer streaming 9th October…@ektaravikapoor @krystledsouza #ALTBalajiOriginal #ZEE5Original #DivyaSethShah  #KaizadKotwal #PriyankaBhatia #KaushalyaGidwani #BablaKochhar #SantoshSingh #AltheaKaushal #AnvitaDutt”

On the poster, Krystle D’Souza reveals her character Tarini Bisht. She is interested only in money. She wants to become super-rich. She is her own HERO!

The trailer will be out on 9th October on ALTBalaji and Zee5.