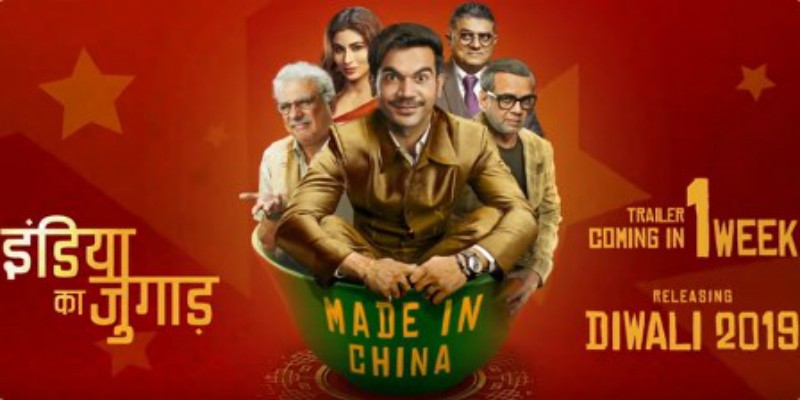 The makers of Made In China, starring Rajkummar Rao and Mouni Roy, are out with first official motion poster and release date of the film.

Made In China is a romantic comedy directed by Mikhil Musale, director of National Award-winning Gujarati film Wrong Side Raju, and bankrolled by Maddock Films.

The film also stars Boman Irani, Gajraj Rao, Sumeet Vyas, Amyra Dastur and Paresh Rawal in pivotal roles. The trailer for the film will be out within a week.

Directed by Mikhil Musale, it explores the story of a Gujarati businessman, played by Rao, who goes to China to increase his business prospects.

Solitaire Jewellery for the Artist By CaratLane