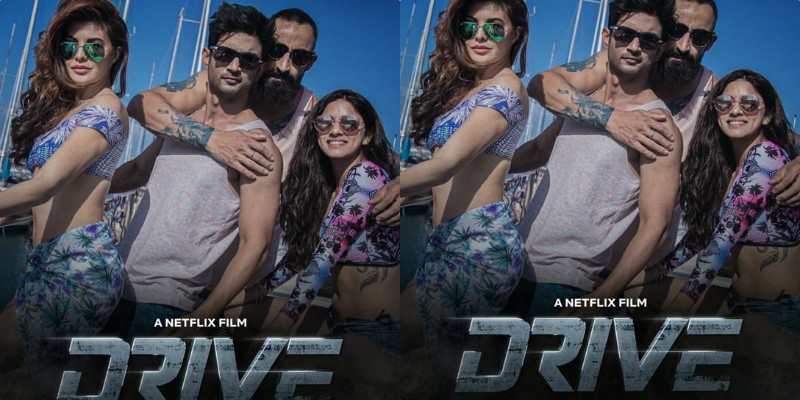 Finally some good news from Sushant Singh Rajput and Jacqueline Fernandez starring “Drive” – the movie will premiere on Netflix soon and the first song Makhna will be out tomorrow.

Drive is a forthcoming action thriller directed by Tarun Mansukhani and produced by Karan Johar. It also stars Vikramjeet Virk and Sapna Pabbi in the lead role. The film was scheduled to release on 7 September 2018, but was pushed to 28 June 2019, but delayed. The film is now set to release on Netflix.

Sharing a stunning new poster and deeds about the song and release, Jacqueline Fernandez shared a poster on her social media profile. She wrote, “Hop into the backseat, #Drive coming to #Netflix soon & #Makhna, song out tomorrow at 12pm to make you go crazy! @karanjohar @apoorvamehta18 @itsSSR @Tarunmansukhani @DharmaMovies @NetflixIndia @ZeeMusicCompany”

Sushant Singh Rajput is currently riding high on the success of Chhichhore, the college drama helmed by Nitesh Tiwari has entered the Rs 100 crore club