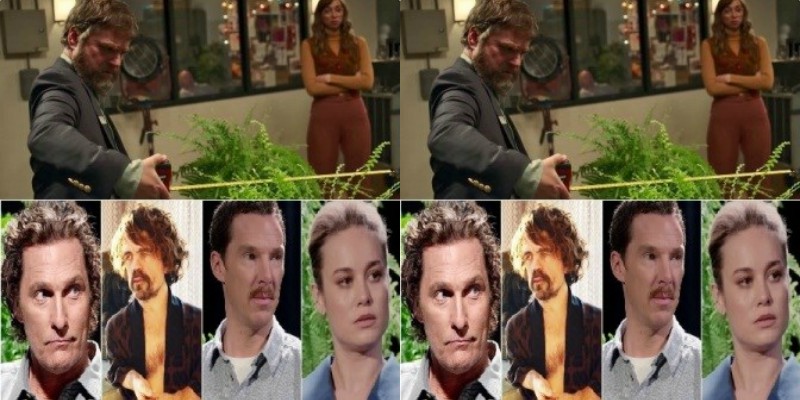 Zach Galifianakis is taking his laugh-out-loud, purposely uncomfortable celebrity talk show on the road in the first trailer of Netflix’s “Between Two Ferns: The Movie.”

The star-studded trailer, kicks off with Matthew McConaughey seated next to the comedian with the “Dazed and Confused” actor’s name misspelled as “McConnogay” at the bottom of the screen. The two engage in a tense one-on-one as Galifianakis makes the actor feel as uneasy as possible. A little accident leaves Matthew dead.

Zack is forced to go on the road and conduct interviews to mend his reputation, and the result is a string of absurd celebrity chats that makes even the most star-studded Netflix original seem low-rent by comparison.

Will Ferrell makes an appearance as an exec who demands that Galifianakis take “Between Two Ferns” on the road for 10 more episodes.

“Between Two Ferns: The Movie” is co-written and directed by Scott Aukerman. It will debut on Netflix Sept. 20.