OnePlus releases the full line-up of its upcoming Music Festival 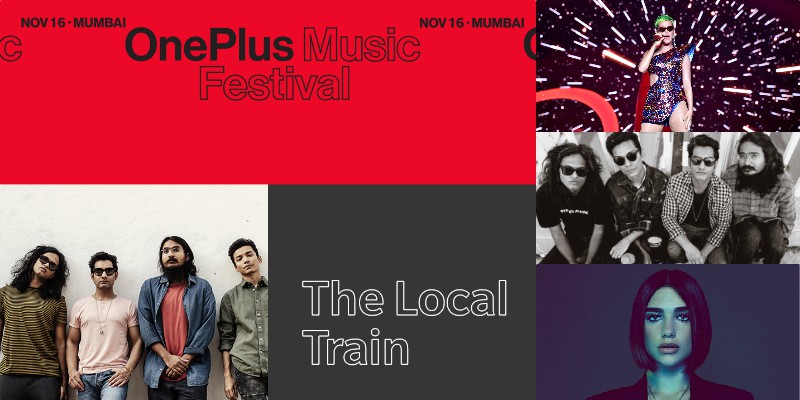 Chennai, September 17, 2019: With the Katy Perry and Dua Lipa starrer announcement making waves across the country, the OnePlus Music’s first ever music festival promises audiences a night of stellar music that brings together artists from a diverse range of genres. From headliner Katy Perry and Dua Lipa to prominent Indian artists including Amit Trivedi, Ritviz, The Local Train, and Aswekeepsearching, the OnePlus Music Festival truly showcases the brand’s commitment to offering users a unique experience beyond its product offerings.

Since Katy Perry’s Capitol Record debut in 2008 with “One of the Boys,” she has racked up a cumulative 35 billion streams alongside worldwide sales of over 45 million adjusted albums and 135 million tracks with her albums “Teenage Dream,” “PRISM,” and “Witness,” and her latest singles, “Never Really Over” and “Small Talk.” She is the most-followed person globally on Twitter and was the first to reach 100 million followers. Katy was the first female artist to have four videos surpass a billion views each. Her videos for “Firework” and “Last Friday Night” have over one billion views, while “Roar” and “Dark Horse” have surpassed the two billion mark. Katy’s 2015 Super Bowl performance is the highest rated in the event’s history. She is one of only five artists in history to have topped 100 million certified units with their digital singles – and the first-ever Capitol Records recording artist to join the elite RIAA 100 Million Certified Songs club.

Dua Lipa, former model, is a globally renowned singer and songwriter who rose to international fame with her single ‘Be the one’ which saw major success across Europe, Australia as well as New Zealand. Dua Lipa’s music won her many notable awards including BRIT awards and Grammy awards to name a few. She also collaborated with global stars such as Sean Paul, Diplo, Calvin Harris and several others.

Amit Trivedi is a successful film score composer, music director, singer and lyricist. He began his career working as a theater and jingle composer and composed for non-film albums. In 2008 he debuted as a film composer in Aamir and has drawn major recognition after his work on Dev D which earned him several awards. Amit is not formally trained in music, however, skillfully showcases his passion. Amit Trivedi says, “I’m really looking forward to performing at the OnePlus Music Festival. This is going to be a first of its kind platform with a fantastic set of artists, and I’m really glad to be joining the celebration.”

Trained in Hindustani Classical Music, Ritviz, a 22-year-old from Pune, has taken the internet by storm with his quirky electronic dance music tracks and videos. He shot to fame after winning the Bacardi House Party sessions last year. ‘Udd Gaye’ a fusion of Indian and electronic music became the party anthem across. “It feels great to be part of such an amazing line-up of artists. Each one of them have carved a unique path for themselves and I’m super humbled to share the stage with them. Major props to OnePlus for putting this together!”, quotes Ritviz.

A rock band from Delhi, The Local Train has achieved commercial success and become a staple on playlists across the country. Known for their emphatic lyrics which are a harmonious blend of Urdu and Hindi, their signature style is raw, profound and resonates with the youth across the county. The Local Train is popularly known for their singles like ‘Aaoge Tum Kabhi’ and ‘Choo Lo’.  The artist members from The Local Train say, “The local train is really excited to be performing in Mumbai as part of the OnePlus Music Festival on the 16th of November. It’s an honor to be able to perform on the same stage with icons like Katy Perry and Dua Lipa”’.

Aswekeepsearching is a modern post-rock band that expresses their emotions, life experiences and feelings through their soulful instrumental music paired with strong vocals. The band has been turning heads since 2015 and are now a global name. They launched their first album ‘Khwaab’ in 2015. This moment defined the start of the change of Indian independent musicians. Aswekeepsearching are regulars at NH7 Weekender and VH1 Supersonic, and are now all set to take on the OnePlus Music Festival stage. Aswekeepsearching members share that, “Since 2017, when we had no other brands wanting to work with us. OnePlus gave us this opportunity to execute our ideas, build a community of fans and even release content online; the much-needed push for any independent artist. We are thankful and thus we feel that there won’t be any better way to express that, than playing at the first ever music festival by OnePlus along with such a great line-up. This show is dedicated to all the love and support by OnePlus to aswekeepsearching.”

The OnePlus Music Festival with its star- studded line-up is all set to celebrate the community and everyone’s mutual love for music.

Tickets to the OnePlus Music Festival are going to be available starting today at 12 PM. The tickets will be priced from INR 3,000 onwards, and OnePlus users can avail 10% cash back from their Insider and PayTM accounts. Click here to book tickets and stay updated.

OnePlus is a global mobile technology company challenging conventional concepts of technology. Created around the “Never Settle” mantra, OnePlus creates exquisitely designed devices with premium build quality and high-performance hardware. OnePlus thrives on cultivating strong bonds and growing together with its community of users and fans. In a recent development, OnePlus has also been declared a Superbrand for 2019. For more information, please visit oneplus.in.

Bambaiya Sunday Brunch at Via Bombay