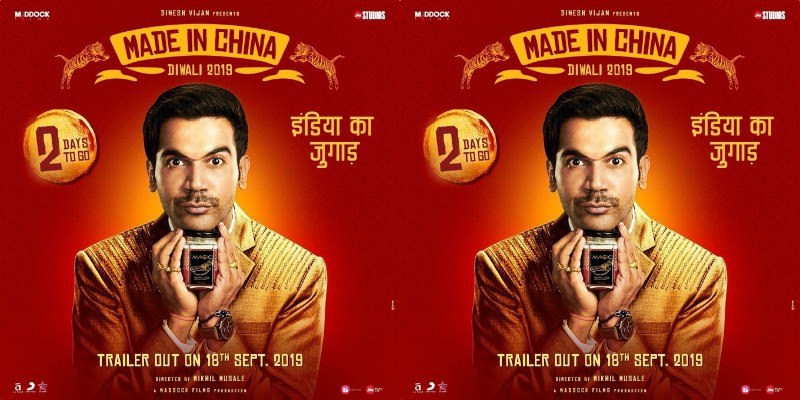 Actor Rajkummar Rao shares yet another quirky and interesting new poster of his forthcoming release, Made In China, the trailer for the film will be out in 2 days, that is 18th September 2019.

Made In China, starring Rajkummar Rao and Mouni Roy, are out with first a new poster of the film. The film is a romantic comedy directed by Mikhil Musale, director of National Award-winning Gujarati film Wrong Side Raju, and bankrolled by Maddock Films.

Endless Love Time And Again – A New Novel By Aparajith