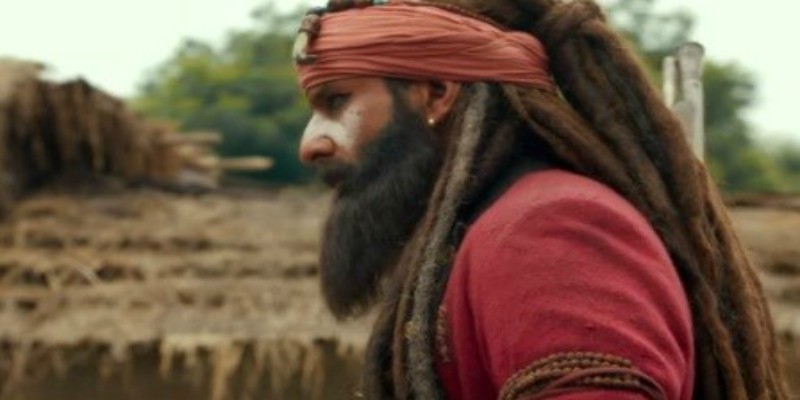 The trailer we all have been waiting for is finally here! Filmmaker and producer Aanand L Rai dropped the first official trailer of Laal Kaptaan featuring Saif Ali Khan in the lead role of an old-law with spiritual streak!

Director Aanand L Rai shared the trailer on his social media profile. He captioned it, “From ashes to ashes, from dust to dust – no hiding from #LaalKaptaan’s vengeance, in this we trust. The deadly HUNT has begun! Be a part of his journey. #HuntBegins18Oct @ErosNow #SaifAliKhan @cypplOfficial @Nopisingh @zyhssn @deepakdobriyal #ManavVij”

The film is set in British era, actor Saif Ali Khan is one mysterious individual with long beard and amazing bread-locks. Saif as Laal Kaptaan is on a killing spree, with a profound understanding of life and death.

The filmmaker also shared a new poster of the movie which features Saif as a Naga Sadhu out on a journey ridden with drama, revenge and deceit. The film is helmed by “NH 10” famed director Navdeep Singh.

Deepak Dobriyal, Zoya Hassan and Manav Vij are also a part of the cast.

Instant Fairness – Get A Fair Complexion Skin in a Short Time