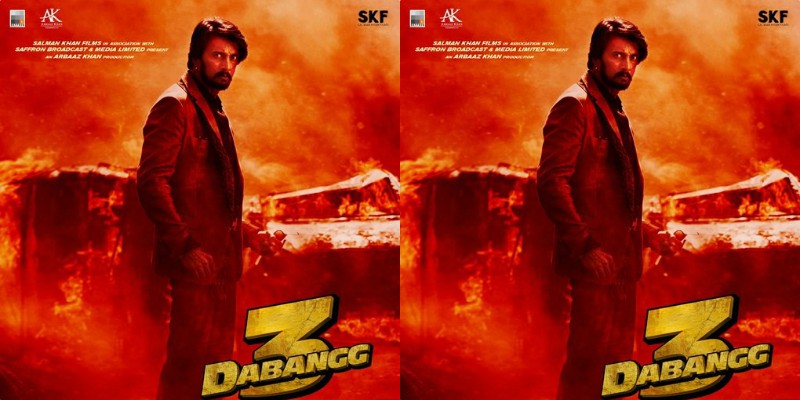 Superstar Salman Khan just took to his social media profile and dropped the first look poster of Kiccha Sudeep from the forthcoming Dabangg 3, where the south Indian actor plays the role of a supervillain named Balli.

Dabangg 3 is the third installment of the hit franchise, Dabangg, directed by Prabhu Deva, the stars Salman Khan, Sonakshi Sinha, Arbaaz Khan and Mahie Gill reprising their roles from the previous film, while Sudeep plays the antagonist.

The film is produced by Salman Khan Films and Arbaaz Khan Productions. The film is a sequel to the 2012 film Dabangg 2 and the third installment of the Dabangg film series. It is written by Dilip Shukla, Prabhu Deva, and Alok Upadhyay.

The story is set in the State of Madhya Pradesh. The film also marks the acting debut of Saiee Manjrekar, who is the daughter of actor and filmmaker Mahesh Manjrekar.

The film is scheduled for release on 20 December 2019.