Singer Jayalakshmi Rajagopalan inducted in the India Book of Records 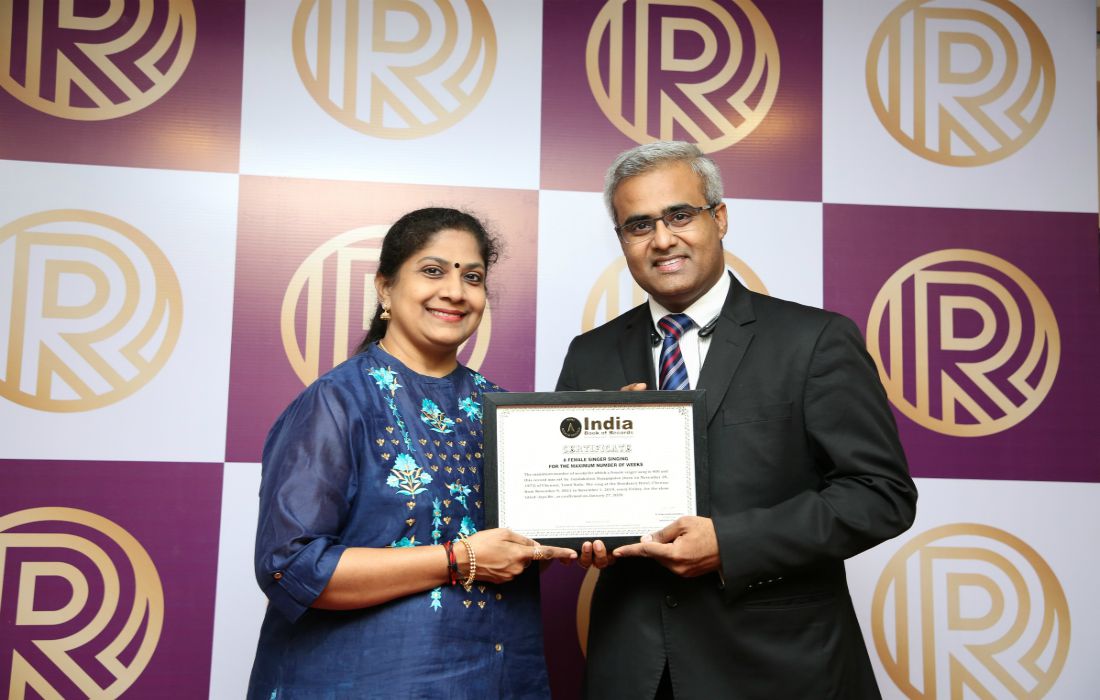 -Singer Jayalakshmi Rajagopalan has been dishing out classic Hindi numbers at Black & White Resto-bar, The Residency since 2011-

Singer Jayalakshmi Rajagopalan has been inducted in the India Book of Records for a female singer singing for the maximum number of weeks, which is 400 weeks. Jayalakshmi Rajagopalan, popularly known as Chennai’s Asha Bhosle started her career by singing in Light Music Troupes then slowly got into the film industry and to her credit has sung around forty songs in Tamil and about two hundred songs in various languages like Telugu, Kannada, and Hindi. She is a versatile singer and popularly known for her modulation of voices. Her passion for Hindi Retro music made her start a full Hindi retro music night titled “Jaya Ho”. Now it’s the longest-running Hindi Retro show in Chennai and is going strong amidst the music lovers of Chennai. Over the years ‘Jaya Ho’ has comprised a lot of theme-based shows which has been a major hit. There have been themes like Asha Bhosle, Latha Nite, S.D.BurmanNite, R.D. BurmanNite, Hits of the ’50s, O.P. Nayyar, Gulzar, Binacageet mala, National Award songs and many more.

5 Most Phenomenal Health Reasons Why You Should KISS More Often