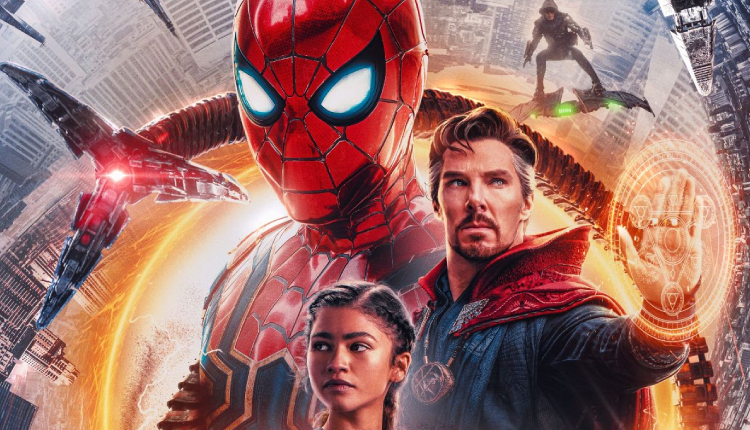 Spiderman: No Way Home to hit the theatres for this Christmas season with greater expectations and Fadness from MCU fans.

Spiderman: No Way Home is all set to hit the big screen tomorrow (16.12.2021). The fans’ fad for the spiderman movie series is sky-high. As Spiderman: Far From Home has a cliffhanger climax, people are anticipated to watch the third part of the movie series. With Mysterio’s death and his revelation about spiderman (Peter Parker), the second part of the series gave the MCU fans a white-knuckle experience. It’s been a long wait since the release of Spiderman: Far From Home. The tickets being sold, the promotions for the movie, the pictures of Tobey, Andrew and Tom on the social media platform, the rumours about the three-spidermen movie and the surreal spidey obsession, are prodigious.

Earlier, the teaser trailer of the movie was released with a greater impact on the fans. With the identity revelation, Spiderman (Tom Holland) meets one of our favourite Avengers – Doctor Strange. Oh Yeah! The time stone… the big bad villain, Thanos… The Infinity War… erasing half of the population… the end of the game… “Proof that Tony Stark has a heart” etc.. give our brain a flashback, right? Speaking of the trailer, we see Doctor Strange casting the dangerous spell on the request of our friendly, neighbourhood Spiderman. However, the surprising element of the trailer is the part where our former villains appear. Yes, the “Hello Peter!” from our supervillain, Doctor Octopus or Doc Ock is a mind-blowing element of the entire teaser. The return of another supervillain, Green Goblin ignites the excitement amid the MCU fans. As the teaser trailer discloses the multiverse concept and the return of Marvel’s supervillains, the rumours are revolving around the return of the other two spider heroes (Tobey and Andrew). Well, we have to wait until tomorrow.

“Who’s your favourite SPIDERMAN?” is the current trending question that rules the social media platform. The three spidey heroes made their roles in three different movie series. But how would it be to watch them all having the fighting party? Couldn’t imagine right? Spellbound? Grab the tickets and feel the edge of the seats at the theatres.